Rabadon’s Deathcap is probably the strongest caster item in the game. It has a very simple concept, giving you an enormous amount of ability power. As if that wasn’t enough, you gain a 35% boost to your total ability power, rewarding stacking of AP items.

Although one of the oldest magic objects in the game, it hasn’t changed much over the years. Since the get-go, the main focus of Rabadon’s Deathcap is to provide mages and other AP-based champions with enormous damage output.

In this Rabadon’s Deathcap guide, I will talk more about the item’s advantages, disadvantages, and I will share a few build ideas.

Rabadon’s Deathcap is an item that only gives you ability power. It also has a strong passive that further increases your ability power gains from items and other effects. 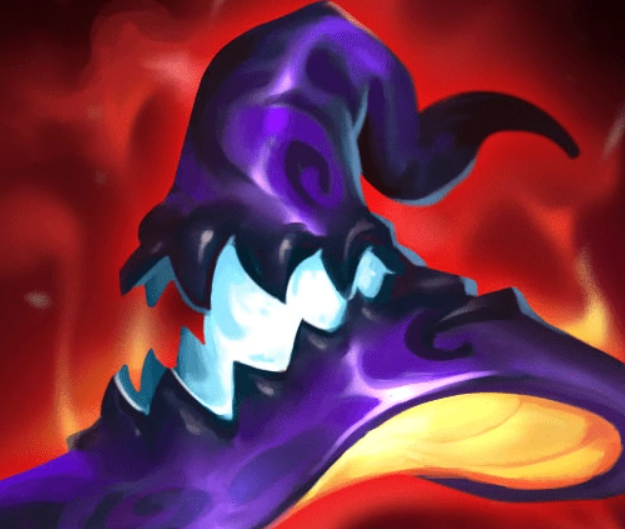 From the earliest versions of the game, Rabadon’s Deathcap was regarded as the strongest nuking item. Although it doesn’t provide anything other than ability power, it is still worth your money.

If we only calculate the base stats, the caster object has a gold efficiency of 92.72%. This is not bad, given that passives are not included. However, what makes the item so great is Magical Opus unique that rewards a player for every point of accumulated ability power. This makes it extremely powerful on someone like Veigar.

Rabadon’s Death has numerous similarities to other caster items such as Rylai’s Crystal Scepter, Morellonomicon, Luden’s Tempest, and Horizon Focus. Although you would like to stack as much AP as possible, that doesn’t mean you should avoid items with ability haste and magic penetration.

The legendary item costs 3,600 gold, and you can sell it for 2,520 gold. To assemble it, you will need to purchase two Needlessly Large Rods at 1,250 gold each and a Rabadon’s Deathcap recipe for 1,100 gold. Given the price of the rods, the assembly of the item can be a bit tedious (i.e., you can’t get smaller pieces in the early portions of the game).

In many ways, Rabadon’s Deathcap is a boring item. It only gives you ability power, without having any special effects or actives. That doesn’t diminish its potential, though.

Rabadon’s Deathcap scales really well into the late game. As long as you’re able to accumulate AP, whether through items, abilities, or passives, you can increase a champion’s potency. In fact, Magical Opus stacks with just about anything. For example, you can utilize it with Blessing of Ixtal (Vigilant Wardstone’s passive), as well as Infernal Might effect. 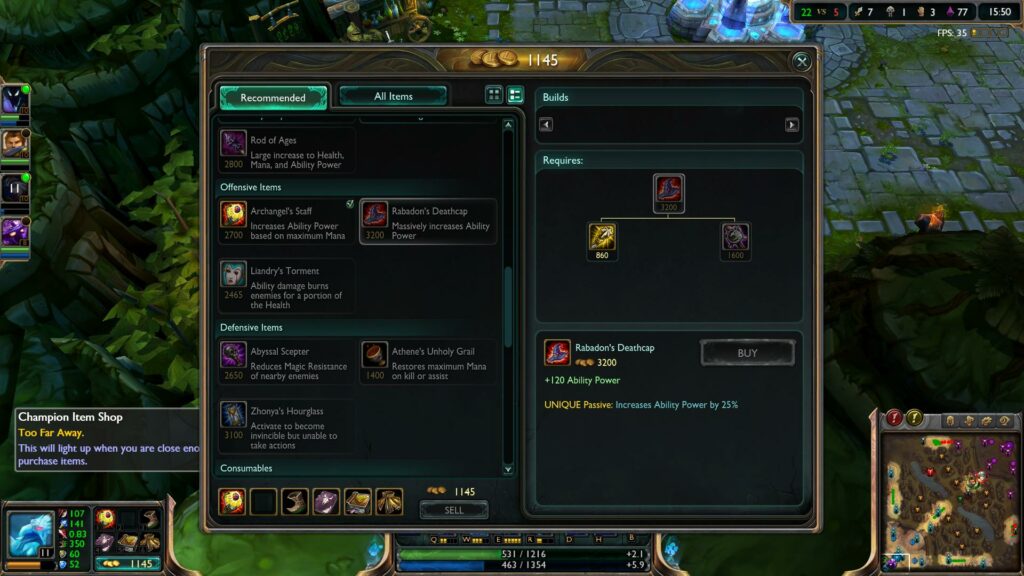 Back in the day, players would stack Rabadon’s Deathcap, creating extremely overpowered casters. The item’s passive is very strong on mages, AP assassins, and anyone else with high nuke damage. You can also utilize it for certain hybrid champions, combining it with items like Lich Bane to quickly dispose of enemies.

Given how it works and that it only gets good with lots of AP, players rarely choose Rabadon’s Deathcap as the first item. Instead, they will buy something else with higher inherent damage and add the Cap to the inventory when they can better utilize Magical Opus.

The item is extremely flexible, and you can buy it on numerous characters. However, it might not be suitable for all hybrids or tanks who have one ability power item (or no ability power items whatsoever). As a result, some champions will prefer Void Staff as it is significantly cheaper and provides a great source of magical penetration.

Rabadon’s Deathcap is great on any mage that can stay in the back or has a solid escape mechanism. That way, they wouldn’t have to focus on defensive items and could only stack magical offense. These champions can buy as many ability power items as possible and annihilate the opposite team without worrying about their own safety.

Interestingly enough, despite being one of the oldest items in the game, Rabadon’s Deathcap hasn’t seen that many changes. This is because it always served the originally intended purpose, it was flexible and could be used on many champions, and yet, it would rarely feel overpowered. Furthermore, the developers were always able to balance it with minor tweaks.

Rabadon’s Deathcap was introduced in version 1.0.0.108. Initially, you would require Blasting Wand, Needlessly Large Rod, and a recipe to assemble the magical object. The first iteration cost 3,300 gold, providing 155 ability power and having a unique that increases total ability power by 30%.

Throughout League of Legends version 1, the item hasn’t changed a lot. The developers increased its price on two occasions while simultaneously reducing its AP gain. It was also removed from Crystal Scar in patch 1.0.0.151. The only significant alteration occurred in patch 1.0.0.152 when its cost went don’t to 3,200, and its ability power was reduced to 120. Riot also nerfed the passive, which now provided a 25% AP total AP increase instead of 30%. 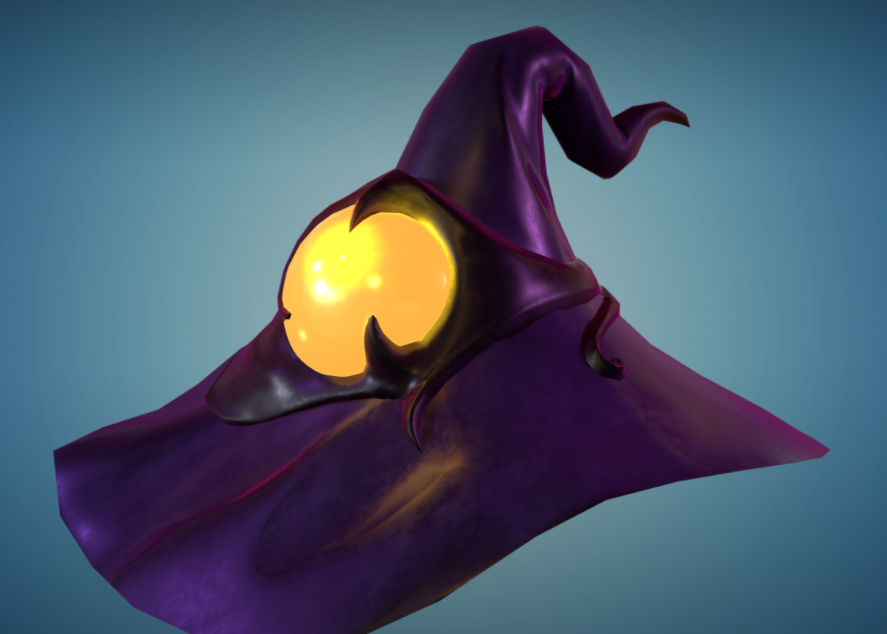 In this patch, the developers returned the old values to the unique passive and cost. The item was once again 3,300 gold and provided a 30% total ability power increase. The item formula was slightly altered in version 5.13, and it would now include Amplifying Tome. As a result, the item cost went to 3,500 gold, and the bonus AP from unique was buffed to 35%.

In patch 7.17, Orn was able to forget the upgraded version of the item. It was called Rabadon’s Deathcrown. In patch 8.4, the recipe was once again changed and would include two Needlessly Large Rods for a total price of 3,600 gold, down from 3,800 gold.

The last meaningful changed occurred during the massive 10.23 patch. Besides updating the icon, the developers have slightly tweaked the item price from 3,600 gold to 3,800 gold. Instead of providing 40% ability power, the unique passive (now called Magical Opus) would now provide a 35% ability power increase based on your total ability power.

You were also limited to having just one Rabadon’s Deathcap in inventory.

The Most Common Rabadon’s Deathcap Users

Rabadon’s Deathcap is such a common item that you can see it on several champions during every game. According to data, it makes sense to buy the item on 64 different characters. Some of the most common users are Evelynn, Veigar, Shaco, Kayle, Kassadin, Vladimir, Gwen, etc.

As a mage item, it is usually bought by mage champions occupying the middle lane, but you can also see it utilized by other AP characters and roles. Rabadon’s Deathcap has a solid 58.88%-win rate, with a 36.55%-pick rate.

As mentioned before, the item is almost never bought first. You are much more likely to see it as a second purchase (26.05% times it is bought as second), third item (41.76% times it is bought as third), fourth item (24.3% frequency), or the last time (5.68% of all purchases). Rabadon’s Deathcap is most efficient when purchased as the third item, giving the wearer a 60.55% chance of winning the game in these situations.

Although very popular on Veigar and Evelynn, the item yields the best results on Shaco. This champion has an incredible 68.38%-win rate when purchasing Rabadon’s Deathcap. However, keep in mind that this is a highly situational pickup on the character, and you will see it in only 1.05% of all Shaco games. Aside from him, Rabadon’s Deathcap is very strong on Kayle (67.82%-win rate), Gwen (66.76%-win rate), and Kassadin (66.45%-win rate). 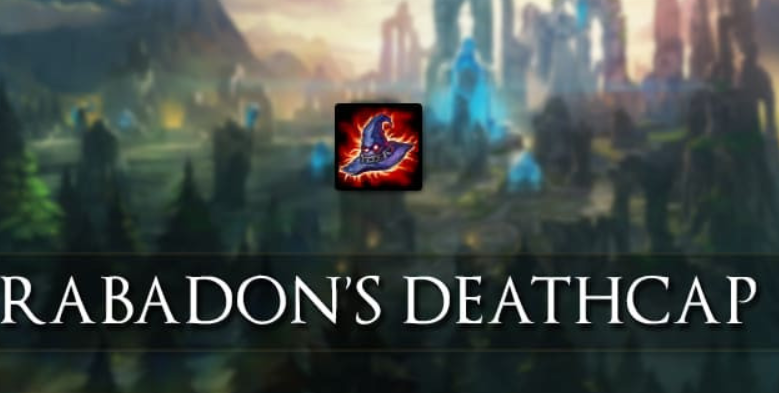 As mentioned previously, the combination of Rabadon’s Deathcap and Lich Bane provides great results. When you combine the two, you have a 62.2% odds of winning a game. Riftmaker pairing is even better, giving your champion a 64.9%-win rate. Nashor Tooth/Rabadon’s Deathcap combo is equally successful as the Lich Bane combo, with a 62.2%-win rate.

Here are some popular build ideas that involve Rabadon’s Deathcap:

The combination of Rabadon’s Deathcap and Sorcerer’s Shoes doesn’t require much explanation. The boots are great for magic penetration, making them an ideal mobility item for any AP champion.

Zhonya’s Hourglass is often utilized as the defensive item in mages’ builds. Of course, 65 ability power and 10 ability haste are great for increasing your offensive potential. But, the main reason why you would get the magical object is so you get access to Stasis unique active that can protect you from dangerous situations.

After that, you can see various item combinations. Getting Morellonomicon will increase your health by 250 and ability power by 80 while also allowing the application of grievous wounds. Although AP increase is nice, this item is very situational, so you will rarely see it with Rabadon’s Deathcap. 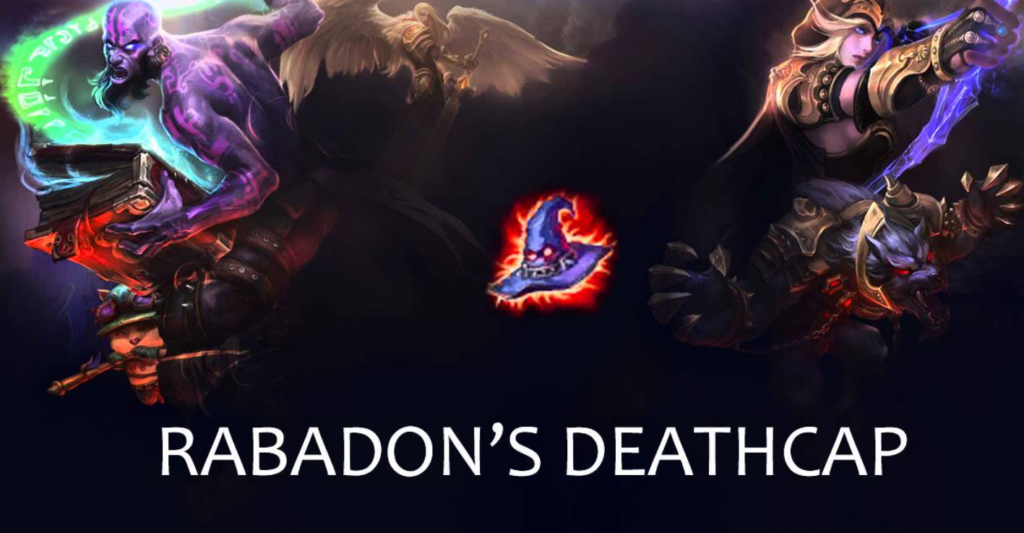 Rabadon’s Deathcap has a really interesting history. There are numerous tidbits about the item giving it a special flavor. Here are some fun facts you might want to know:

Answer: Rabadon’s Deathcap has a unique passive called Magical Opus. It provides a bonus AP equal to 35% of your current total ability power. Basically, the ability power from all sources, including skills, buffs, and items, will be summed up, and after that, this number will be used as a basis for the bonus.

Answer: Rabadon’s Deathcap can be a very good item if used correctly. It has a 58.88%-win rate, which is a solid number but nothing special. To maximize its potential, you need to buy it in the later portions of the game, when you have enough ability power for Magical Opus bonus.

Answer: Back in the day, you could stack several Rabadon’s Deathcap, thus receiving an enormous boost to your ability power. This all changed in patch 10.23 when Riot limited the number of legendries and mythics to one per champion.

Question: How much is Rabadon’s Deathcap?

Answer: The legendary item costs 3,600 gold, and you can sell it for 2,520 gold. For that money, you will get 120 ability power and unique passive called Magical Opus that provides 35% extra ability power based on your total AP.

Rabadon’s Deathcap is a really potent item that increases mages’ and assassins’ nuking potential. However, the item is not that great in the early portions of the game as it requires a high AP base to maximize the potential of its passive Magical Opus.

The great thing about this magical object is that you can build it on almost any champion. It has a total pick rate of 36.55%, and it is a solid option of 64 characters. As a result, you can utilize it for various builds.