Sanguine Blade was a League of Legends item that was scrapped in version 11.13. Although this is one of the older items, Riot did a really poor job with its rework. They simply couldn’t find a way to make it feasible despite numerous attempts.

Depending on the situation, Sanguine Blade could feel extremely broken or very irrelevant. As it scaled with levels, its gold efficiency would go above 170%, which was pretty ludicrous. Then again, to get the bonus, your unique passive Frenzy would need to be active, which wasn’t always the case.+

As Sanguine Blade became more and more problematic, Riot finally decided to replace it with Hullbreaker, an item that can be utilized for split pushing and taking down turrets. However, keep in mind that these two cannot be more different.

In this Sanguine Blade guide, I will talk about the item, its components, and all of its issues.

Sanguine Blade was a great item for ganking and one-on-one situations. It excelled on ADCs, especially those who had already had a source of armor penetration or lethality. 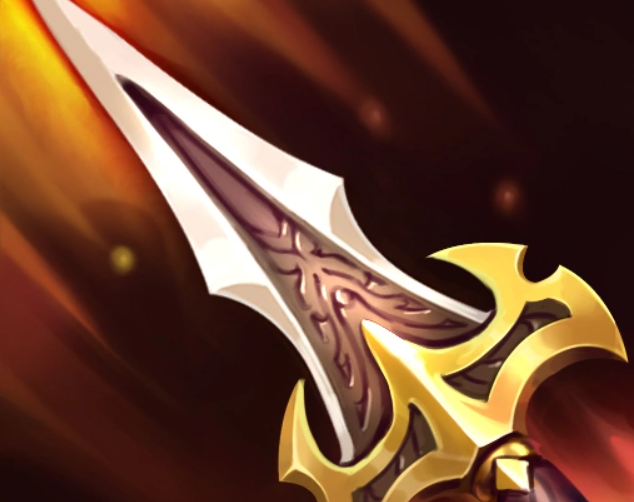 You could build Sanguine Blade by stacking several Long Swords and turning them into epic items. This magical object provided a great boost to the offense with a tad bit of sustain. Unfortunately, it was highly situational, and it was often counterintuitive.

For example, it was great for early game ganking, when enemy champions are often alone, but it gained maximum potency as you gained levels. However, to get levels, you would have to progress to later stages of the game, when most teams would group up, thus nullifying the Frenzy effect.

Sanguine Blade had some similarities to Duskblade of Draktharr, Eclipse, Serpent’s Fang, The Collector, Edge of Night, Umbral Glaive, Prowler’s Claw, and Youmuu’s Ghostblade. It was classified as a legendary item, and you would need 3,000 gold to assemble it. A player could sell Sanguine Blade at any time for 2,100 gold. 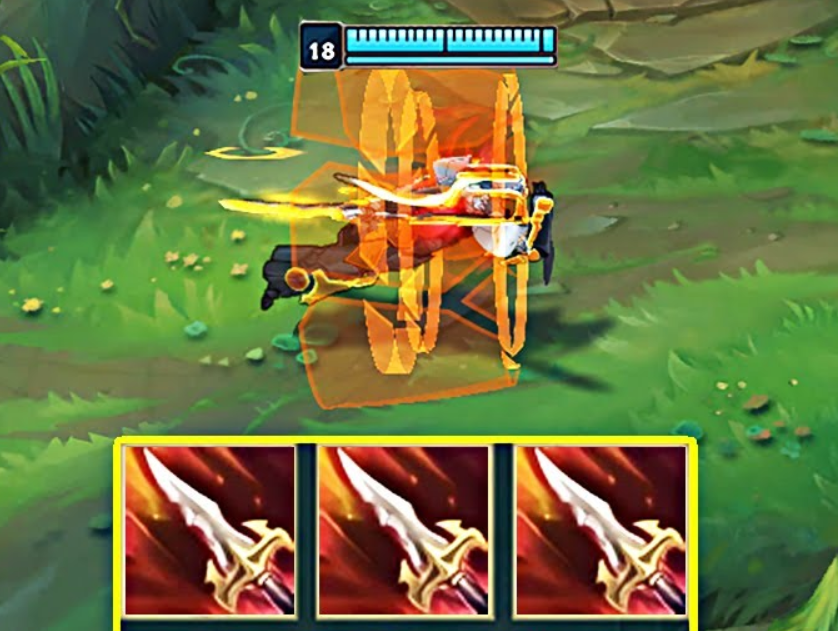 Sanguine Blade gave its wielder 50 attack damage, 12% physical vamp, and from 6.22 to 10 lethality depending on a champion’s level. The lethality stat had a great synergy with the item’s passive called Frenzy.

This unique passive gave the champion from 4.98 to 8 lethality depending on a champion’s level, as well as a bonus of 20% to 80% attack speed, which was also based on characters level. However, the issue with this passive was that it worked only when there were one or fewer enemies nearby. As soon as someone came close within the 1,350 range of the user, the buff would slowly decay over 3 seconds.

So, while the burst was really strong, giving the wielder a massive attack speed bonus and synergized lethality, it became less relevant as the game progressed. Furthermore, if you played a champion that relies on AD burst, you had much better options to purchase.

Regardless of all its flaws, the item was still a nice option in certain situations. In fact, it became extremely potent as you gained levels, but only if you could utilize its Frenzy passive. In terms of the stats, Sanguine Blade provided several offensive boosts for a relatively low price. Unfortunately, as you would build it on just a few champions, there was no merit for keeping it in the game.

The first version of Sanguine Blade was very different from its last iteration. The item gave the user 60 attack damage, 15% life steal, and a relatively decent passive that would raise your lifesteal by 1% and attack damage by five whenever you hit an enemy. The effect lasted for 4 seconds, and you could stack it seven times. So, in theory, you would get up to 7% extra lifesteal and 35 damage.

This was actually a buff, as it was really hard to stack the effect seven times. Instead, you would get more damage per stack to compensate for the reduction in max stacks as well as the increase in overall damage.

The item’s recipe was changed in version 3.11. It now required a Vampiric Scepter and Pickaxe, while its price went from 2850 to 2175. Furthermore, the attack damage was reduced from 65 to 50. This made Sanguine Blade much more gold efficient. However, as it became a very strong option, Riot had to reduce attack damage to 40 while increasing its price to 2,275 in version 3.13.

Regardless of all these changes, the stacking system still felt a bit off. To be precise, the developers felt that the duration was too short to utilize the cumulative effect. So, they increased stack duration from 4 to 8 seconds. They also buffed attack damage from 40 to 45 and nerfed lifesteal from 15% to 10%. 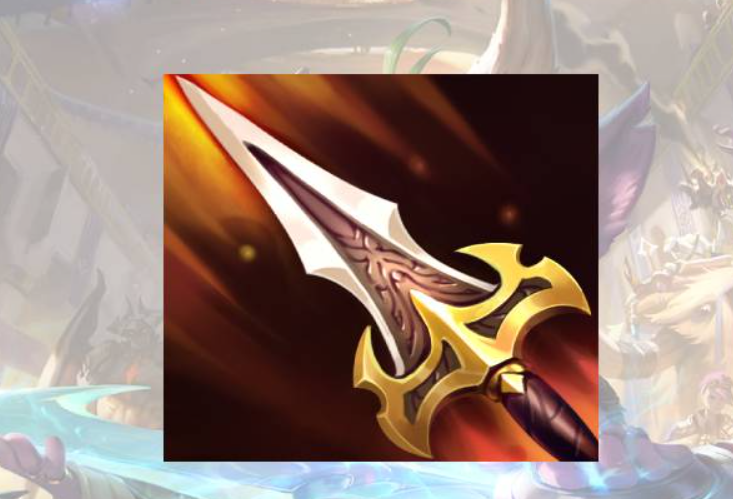 The item was first removed from Howling Abyss in patch 5.8. After that, it was also removed from Crystal Scar (the map was removed as a whole), and after that, from Twisted Treeline.

It took a while until developers introduced Sanguine Blade once again. The magical object was reintroduced in patch 9.23. Instead of utilizing Pickaxe for the recipe, it now required Serrated Dirk. The item price was increased to 3,000, and it had basic stats of 50 attack damage and 15% lifesteal.

Quickly after, its price was slightly increased to 3,100 while the Blood Pursuit attack speed bonus was reduced to 20% – 80%. The developers reverted the price back to 3,000 in patch 10.9 while increasing the attack damage from 50 to 55. 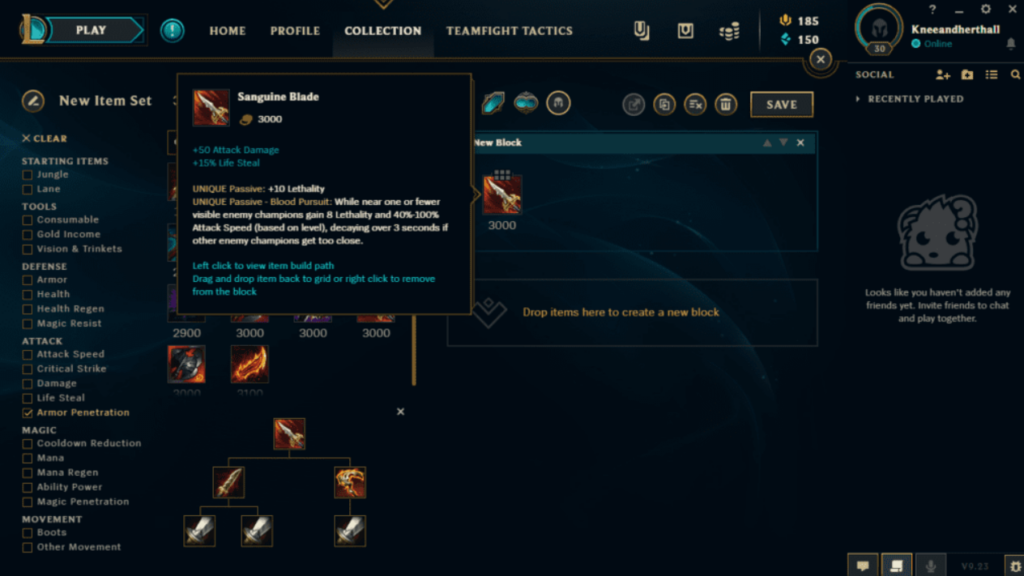 Like all other items, Sanguine Blood experienced some major changes in the 10.23 patch. The recipe and price stayed completely the same, but there was now a limit of how many Sanguine Bloods you could have in inventory (limited to 1). The icon was also updated.

As for the stats, you gained 50 attack damage instead of 55, 12% physical vamp instead 15% lifesteal, and ten lethality (it was no longer considered a passive. The Blood Pursuit unique was also changed. It was now called Frenzy, and it would deactivate whenever there was an enemy within a 1,350 radius.

The icon was updated in version 10.24, and Riot fixed a few bugs in the upcoming patches. Unfortunately, due to all the issues that were plaguing the item, the team finally decided to remove Sanguine Blood altogether and replace it with Hullbreaker in version 11.13.

There were a lot of things going on with this item that made it unbearable. On paper, the basic stats didn’t look that great. In patch 9.23, the item had a gold efficiency of 84.58%, which doesn’t sound game-breaking. However, the issue came when you calculated the Frenzy effect. When the passive was active, you would get from 123.92% to 173.92% gold efficiency, depending on the champion’s level.

The strength of the passive effect becomes obvious when you compare it to other lethality items. For example, while Youmuu’s Ghostblade had much more efficient base stats, the object would only provide 133.33% when you consider the passive effect. Furthermore, the item’s efficiency would decrease to 116.78% in combat situations.

A similar could be said for Duskblade of Draktharr, which had a base efficiency of 97.99% and overall efficiency of 134.11% for just one attack. This created a major discrepancy between Sanguine Blade and other similar items in the game. At one point, this object was among the strongest ones in the game, and it could be even more potent on the right champion.

Riot is trying to fix the issue 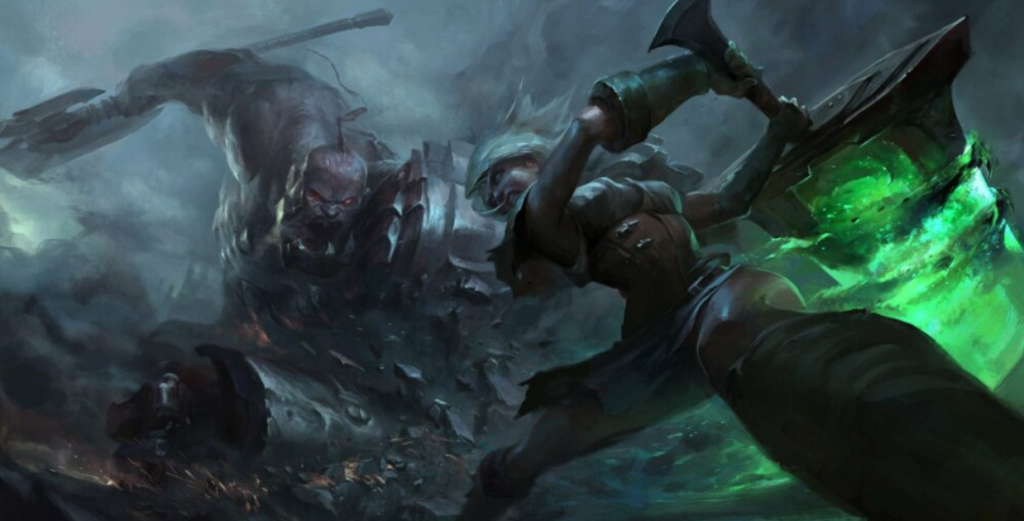 Of course, many players believed that the problem could be alleviated by simply reducing the numbers and making Sanguine Blade less relevant. However, there are a few reasons why this was flawed thinking.

For example, even if the developers decided to reduce the attack speed bonus from Frenzy to 20% – 50%, the nerfed item would still be 132.25% efficient at level 18. This would again be very high compared to other items from this class. Again, just compare this number with Duskblade of Draktharr’s 134.11% for just one attack.

Anyway, the attack speed buff would remain an issue as long as it existed.

On the other hand, the item might not even proc if there are numerous enemies in the vicinity. That would make it extremely inefficient despite its, on paper, strong stats. So, there were simply too many issues, and Sanguine Blade’s volatility was too much to fix.

The Most Common Sanguine Blade Users

This item was especially popular among top lane champions and ADCs. If you had a high physical damage output, Sanguine Blade would allow you to dispose of even tankier enemies. As mentioned, it became even stronger as the game went on.

As you can see, the item was often combined with other objects with strong offensive potential. Youmuu’s Ghostblade and Duskblade of Drakthharr were often bought together with Sanguine Blade. Basically, you would try to get as much lethality and damage as possible, allowing you to nuke squishier members of the enemy team.

Question: How good was Sanguine Blade?

Answer: Due to numerous issues, the developers weren’t able to balance Sanguine Blade. Ultimately, it was replaced by Hullbreaker, an item that is especially potent for slit pushing.

Answer: Although very strong and expensive, Sanguine Blade was classified as a legendary item.

Sanguine Blade was a very fun item while it lasted. However, it was simply too powerful in certain situations. Its efficiency was heavily reliant on Frenzy passive, which could be deactivated when the enemy team is clumped up. Still, it would allow you to pick off stragglers, and it especially shone during the early phases of the game.

Although Riot tried to save it several times over, there was simply no way to balance it. Sanguine Blade was often regarded as high risk, the high return item, where you could annihilate enemies if you caught them at an inopportune moment.

But there was also a way of circumventing Sanguine Blade’s strengths. You could group up as five and try to eliminate the passive bonus. Unfortunately, this would also make you prone to strong enemy AOE spells.