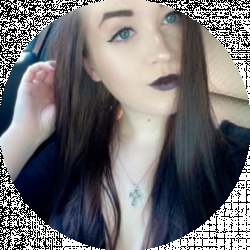 Karrina-Bella Yaeger
Karrina has been gaming since I was around five years old, starting with her GameBoy Advance. From there she embraced all gaming platforms; DS, Wii, Switch, Xbox, and PC gaming. Her all-time favorite game series is Harvest Moon, but she also loves Animal Crossing, League of Legends, Pokemon games, Civilization, and Stardew Valley.

Demacian Silverwings are a cosmetic that you can purchase for your Teamfight Tactics games. They are called “little legends” which are sprites that a player controls. These little legends can run around the board, choose champions from center circle, emote, dance, and send sparks flying to enemy legends when you win a round. The basic little legend is a blue blob named “River Sprite”.

The River Sprite is cute, but most TFT players choose to invest in little legend eggs which allows them to have cuter, fancier, more fun legend they control. The little legend has no impact on your ability to win or lose a game of TFT, they are purely cosmetic.

TFT itself is free to play, just like League, and unlike League, players don’t have to worry about unlocking champions to have access to the full range of what the game offers. The only purchases available in TFT are exclusively for cosmetics, emotes, booms, boards, and your little legend.

The TFT little legends have been widely successful for Riot, and despite their relatively hefty cost, TFT players love to have a little legend that matches their aesthetic. On the PBE server, I have every little legend available. On my real League account, I have about one or two of each little legend species.

They are gorgeous, rare creatures that have an aptitude for violence. These adorable birds in-game (or in the splash art) don’t necessarily look like the type that would attack farmers or soldiers passing through their territory.

Demacian Silverwings are hard to befriend, but some brave soldiers from Demacia decided that these powerful beasts could be worth the risk. The most common Silverwing, according to lore, has blue and yellow feathers when they hatch, and they grow into their silver feathers as they age.

Few Silverwings are fully tamed; those tamed serve in the Demacian military carrying soldiers on their backs as they fly high above the battlefield.

The price of the series 1 TFT eggs is 490 RP. The smallest amount of RP you can purchase at one time is 650, and it costs 5 dollars. You can buy the series one little legends egg bundle, which includes ten eggs, for 4900 RP for 40 dollars.

You are not guaranteed to get a Silverwing out of these eggs unless you have every single Furyhorn rank 1 through 3 and every Hauntling. However, even if you do not have the Furyhorns and Hauntlings, you have a 33% chance of getting a Silverwing. There are six obtainable Silverwing skins from the series one eggs. The other two Silverwings are legacy skins, and you cannot obtain them if you do not already have them.

How Eggs Work and Upgrading From Tier 1 Legends

When you purchase a little legends egg, it will immediately go into your “loot” tab. From there, you can open it like any other chest.

If you do not have or want to use star shards to upgrade your legends, you can get duplicates of little legends you already have, which will turn into tier two or three versions.

Trying to get a little legend to tier three through eggs is significantly more expensive, although it will give you more little legends in total! Because you can’t buy the Silverwings individually, you may end up with more Hauntlings or Furyhorns before you unlock the Silverwings you are looking for.

The original Silverwing is the most common Silverwing to come out of the series one egg. It shows the Silverwing in the colors described in the lore. The basic Demacian Silverwing is blue and yellow in the first two tiers and becomes a radiant blue and silver in the third.

The tier one version of obtainable Silverwings depicts them sitting down, looking wistfully into the distance. The Original Silverwing has blue eyes. In the tier two version, the Silverwing stands playfully with one foot in the air, and its beak open in a happy chirp.

The tier three version shows the Silverwing flying gracefully through the air, surrounded by a bright glow. The Original Silverwing is considered a “rare” egg; it has a 75% drop rate out of any series one egg.

The Rosebloom Silverwing is one of my personal favorites. Its body is a pastel pink, with deeper pink hues on its ears, eyebrows, and wings.

While it is mainly white, it has red plumage on top of its head and black accents on its face, wings, and tail. It has a black beak and blue eyes. It is also notable that in the tier 3 version, the glow color is red instead of the primary color of this Silverwing; white. The Snow Cherry Silverwing is considered an “epic” egg, with a 20% drop chance.

It is mainly red with a beige face and rainbow-colored wings, tail, and head plumage. The glow color for this colorful Silverwing is white, and it enhances the rainbow feathers on its head quite nicely. The rainbow colors come in more with the upgrade from tier 1 to tier 3. The Tropical Silverwing is considered an “epic” egg.

The Lost Silverwing is the dark, emo version of this usually very cheerfully colored bird. I typically like the dark versions of the TFT little legends; however, I don’t think it works well for the Silverwing. The bright green, glowing eyes are far too intense in the splash art, and they distract from the other elements of the Lost Silverwing, which work pretty well.

The black feathers in the tier 1 version may seem underwhelming. Still, when leveled up to tier 2 and 3, the Lost Silverwing gains beautiful gold accents to its dark feathers, making it aesthetically attractive. Its glow color is purple; I think it would have looked better for the glow color to be gold, but it may have taken away from the dark feeling of this Silverwing. The Lost Silverwing is considered a “legendary” egg and has a drop chance of only 5%.

Universally regarded as the best Silverwing, the Star Guardian Silverwing is unfortunately no longer available for purchase. Players could obtain the tier 1 and tier 2 versions in season 3 by working their way through the TFT battle pass.

It has purple eyes and a golden beak. It wears golden bracelets around its front feet. It also wears bows around its ears, identical to Star Guardian Lux’s hair bows.

Riot rewarded players with the Victorious Silverwing as long as they placed gold or above in ranked TFT during the first set. Unfortunately, this means that newer players did not have a chance to obtain this particular version of the Silverwing.

The feathers on its wings are purple, as well as its headwear, bandana, and tail. It has blue eyes with a black beak. It also has a bright blue gem in the middle of its headband. The Victorious Silverwing and the Star Guardian Silverwing do not have glow colors like the other Silverwings.

They are both considered “legendary” eggs, although there is no drop chance for these Silverwings since players can not obtain them through traditional means.

Answer: It is unlikely that Riot will add any more Demacian Silverwings to the line up. Riot has transitioned the focus away from the series one little legends, and are now putting more time and energy into the newer, flashier little legends.

Question: How Much Does It Cost To Get a Demacian Silverwing?

Each egg costs 490 RP, which is under 5 dollars worth. However, League requires that you purchase at least 650 RP (5 dollars) at a time, so even if you get a Silverwing on your first try, it will be 5 dollars. Of course, you aren’t guaranteed to get a Silverwing out of your first egg, or even your first few. If you are looking for a specific Demacian Silverwing, expect to pay anywhere from ten to twenty dollars for it.

The other way you can get a Silverwing is to purchase a battle pass (or play a lot of games) when League has a promotional event going on. League of Legends typically has mission-based events where players can earn tokens every few months. Riot has been giving players the option to spend their tokens on TFT little legends. For a random little legend, it will cost 300 tokens, which is probably about 5 hours of gameplay. For a more specific egg, such as a series one egg, it will cost 600 tokens.

Answer: No, none of the little legends have any impact on a player’s performance in a game of TFT. However, if you are a bit superstitious like I am, I do notice when I win streak with a particular little legend, and I tend to consider those my lucky ones. My luckiest little legend so far has actually been the Snow Cherry Silverwing! I attribute some of my wins to that pretty little bird; despite the fact that he really had nothing to do with my gameplay.

I mainly play the Star Guardian Silverwing, but I also like the Snow Cherry Silverwing and the Rosebloom Silverwing. The retirement of two Silverwings is a good reminder that players should take advantage of unique versions of their favorite little legends right when they come out!