Titanic Hydra is one of the three hydra items in the game, together with Ravenous Hydra and Tiamat. The item has a very simple premise: the more health you have, the stronger you hit. This makes it extremely potent on champions such as Cho’Gath and Sion.

Although the item seems ideal for tanks, it can also work very well for any melee brawler that needs health. Furthermore, the item’s unique called Cleave will allow you to damage enemies in an area, potentially increasing your teamfight presence. The effect is also very good for farming.

In this Titanic Hydra Guide, we will take a look at this legendary magical object and its stats, then analyze the optimal ways of using it.

Titanic Hydra is a potent hybrid item that increases the wearer’s defensive and offensive potential. It is especially efficient on champions with lots of health and bonus health.

This particular magical object has numerous similarities to Black Cleaver, Ravenous Hydra, and Sterak’s Gage. Although Titanic Hydra provides a massive health boost, it isn’t necessarily regarded as a defensive item. Besides the basic attack damage stat, it also has passives that will increase your overall output.

The item provides 30 attack damage and 500 health. The health gain is especially noticeable, making Titanic Hydra one of the best pickups if you wish to increase this particular stat. It also has two passive effects called Cleave and Colossus.

Colossus is a straightforward unique passive that gives you extra basic damage equal to 2% of your bonus health. In other words, given that Titanic Hydra has 500 bonus health, you will get extra ten damage from just this one item. Of course, this means you will get an enormous amount of damage from things such as Warmog’s Armor.

The Cleave effect works in a cone and resembles that of Dota’s Battle Fury. Always remember that that damage also works on minions and monsters, which makes it a great pickup if you wish to farm faster.

When striking the primary target, you will also apply the basic attack damage, while the AOE attack will only dish 40 plus 3% maximum health damage. Like many other offensive items, Titanic Hydra is much better on melee champions. 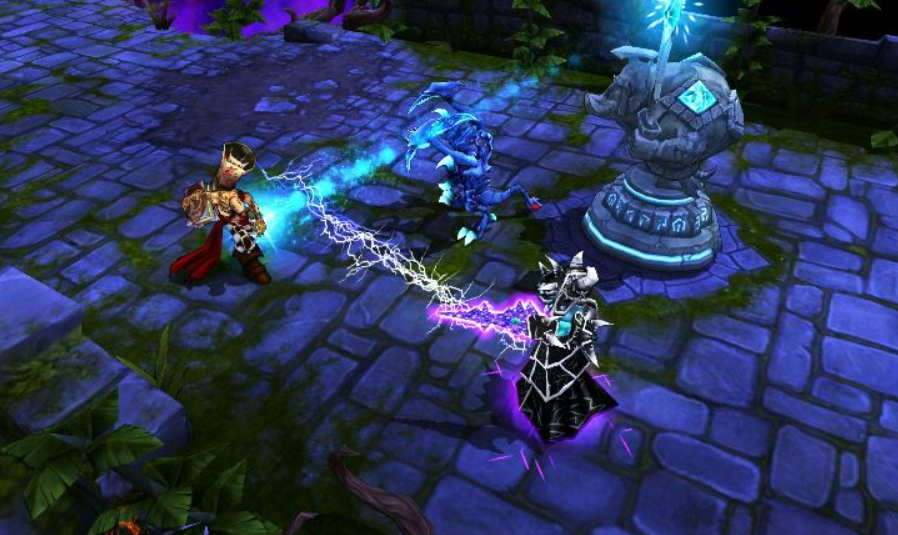 Titanic Hydra has existed for a while, but it isn’t the oldest item in the game. It was introduced back in patch 5.16, and you required Giant’s Belt, Tiamat, and a recipe to assemble it. Although you didn’t need Ruby Crystal for the formula, it still cost 3,300 gold (like today’s version).

In the following patches, Riot was just slightly tweaking the item without any major alterations. In version 5.22, they decided to disable the purchase on ranged characters as it felt really powerful. You also gained the option to swap between Titanic Hydra and Ravenous Hydra.

During the same patch, the item formula was changed, and you now required Jaumir’s Fist, Ruby Crystal, Tiamat, and a recipe for assembly. Instead of 3,300 gold, the price went to 3,600 gold. The health gain was also increased to 450.

In one of the patches after that, the price was slightly reduced to 3,500 gold. In version 6.4, you could no longer swap between Ravenous Hydra and Titanic Hydra. The attack damage stat was reduced than increased, and the price was again altered.

Aside from fixing a few bugs, the Cleave’s maximum health damage component also changed. The developers first increased maximum health bonus damage to the primary target from 1% to 1.5% and AOE damage from 2.5% to 3% of maximum health. 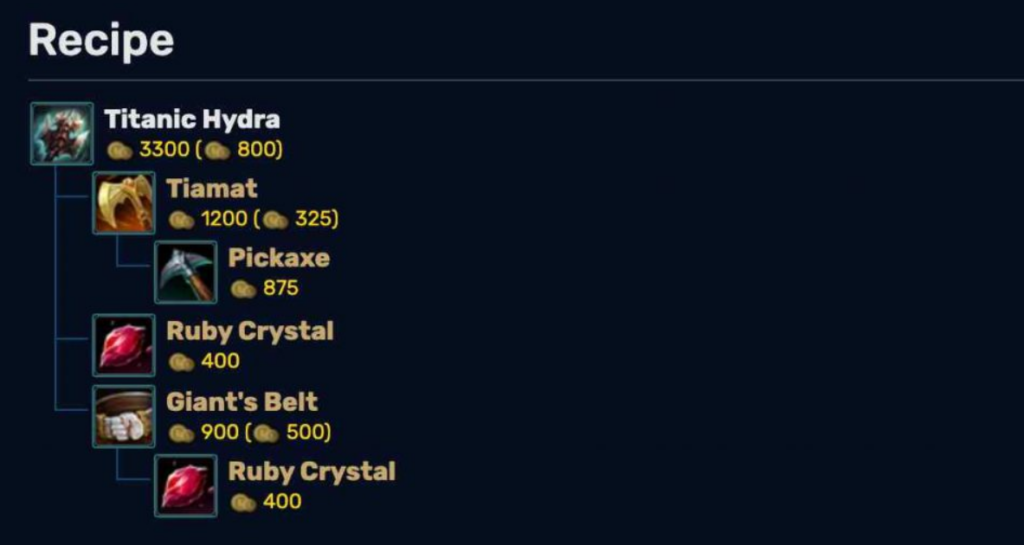 Like all other items, Titanic Hydra went through lots of different changes in patch 10.23.

First off, you could once again purchase the magical object on ranged champions. As for the recipe, Titanic Hydra no longer required Jaurim’s First, but instead, you would need Giant’s Belt to assemble it. The price also went down from 3,500 gold to 3,300 gold.

It no longer provided 100% base health regeneration, and its attack damage was reduced from 40 to 30. However, the health gain was slightly buffed from 450 to 500. Now, you were also limited to having one hydra item in inventory.

Although Cleave remained the same in terms of its effect, the numbers changed a bit. The developers separated damage values for melee and ranged champions, making the passive slightly weaker on this category of characters. Crescent unique passive was also removed, and it gave way for Colossus passive. The first iteration of Colossus would provide extra physical damage equal to 1% max health.

In the next few versions, the developers did a little bit of polishing. They updated the icon and changed Colossus value from 1% maximum health to 2% bonus health, thus stimulating players to purchase more health items. Lastly, Riot removed AOE Cleave damage to turrets.

The Most Common Titanic Hydra Users 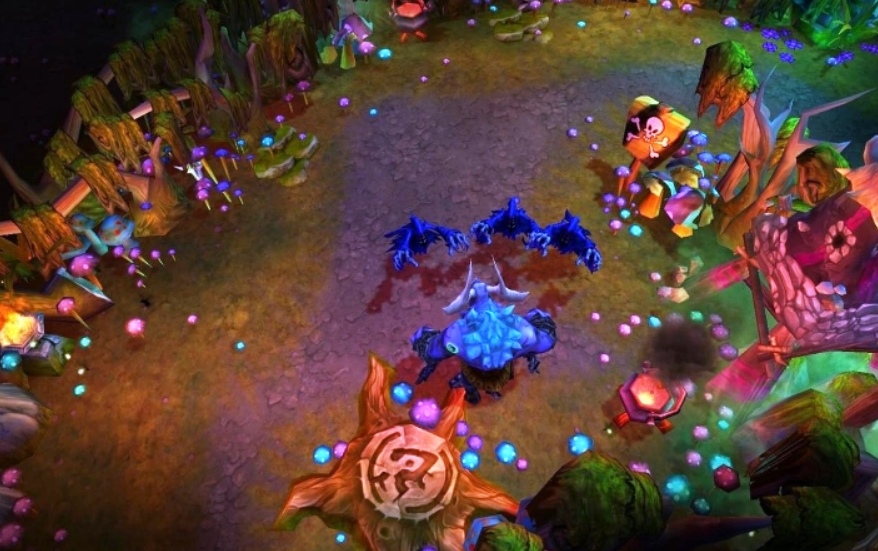 The fact that this item has just two base stats makes it very versatile. As long as you’re AD champion, you can benefit from it. However, as mentioned before, it works much better on tanks and brawlers.

Overall, Titanic Hydra has a 57.26%-win rate throughout the patches, with a total pick rate of 21.3%. This puts it in the upper echelon in terms of popularity and viability. You can make the item on 31 different champions.

Titanic Hydra is extremely popular on Urgot. Players will buy the item in 70.54% of all Urgot matches. Warwick is the second, most common user purchasing the item in 50.07% of games. Zeri players buy Titanic Hydra in 45.6% of their games, and it is bought on Sion in 32.78% of all Sion games.

Gnar is the most successful Titanic Hydra user having a 64.2%-win rate when wielding the item. Jax is the second-best option with a 63.33%-win rate, while Titanic Hydra gives Cho’Gath a 62.69% chance of winning his matches. 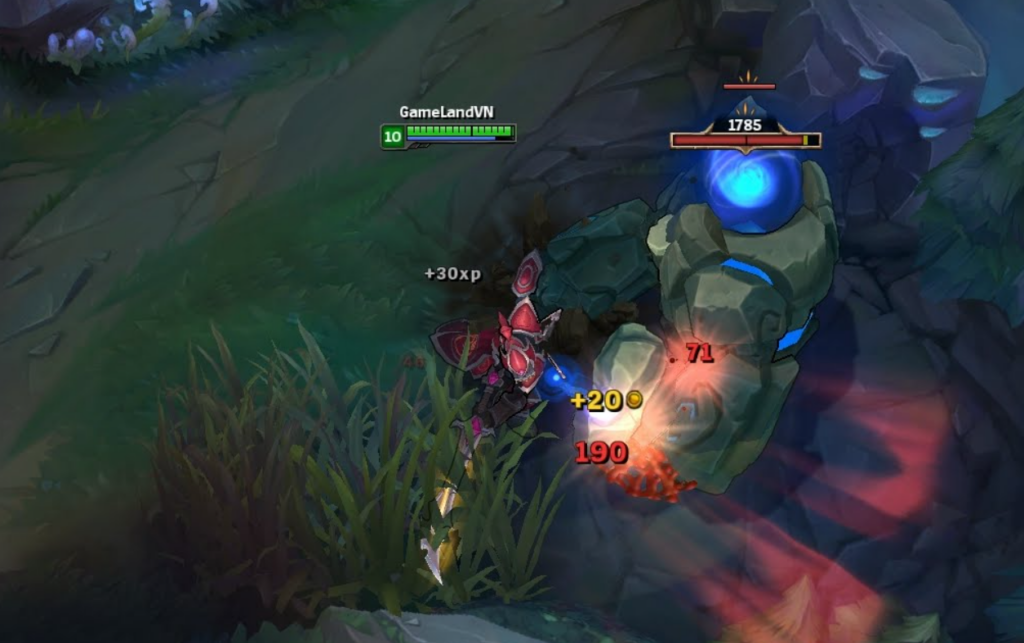 As mentioned, things such as Warmog’s Armor are the best pickups if you wish to unlock Cleave’s full potential. However, this particular item is rarely combined with Titanic Hydra. The reason being is that you don’t increase your offensive capacity with this purchase (aside from buffs to Colossus and Cleave). Furthermore, Warmog’s Armor doesn’t offer any magical or physical protection.

This is why Titanic Hydra users commonly go with either offensive items or items that would increase their armor or magic protection. While stacking health sounds fun in theory, in practice, it doesn’t scale that well. Here are some of the most popular builds featuring Titanic Hydra:

There isn’t one Titanic Hydra build that fits all champions. This is really cool as it allows you to experiment with various options.

While Titanic Hydra provides a great health boost, it doesn’t necessarily make you resilient. Instead, you need to get armor and magic resistance from other sources. This is where Plated Steelcaps come into play, providing a cheap source of armor.

Sunfire Aegis is another magical object that can fit nicely with Titanic Hydra. It gives you bonus health for Colossus and Cleave uniques while also having 35 armor, 35 magic resistance, and 20 ability haste. Its passive Immolate burns enemies in a radius around a champion, and the burn damage scales with bonus health, making Titanic Hydra a perfect companion.

Thornmail is another nice defensive option. The item has 350 health and 60 armor, making it ideal against physical damage. It also has Thorns passive that afflicts enemies who damage you with grievous wounds. 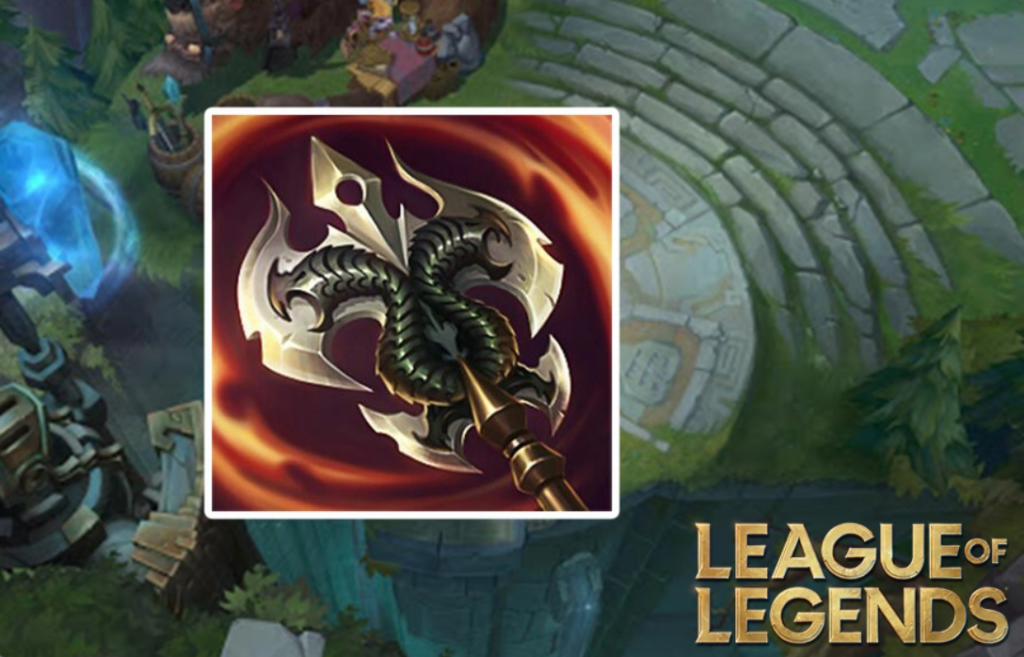 Titanic Hydra’s Cleave is a very intriguing effect. As mentioned, it gives melee champions a better presence within teamfights but is also a nice method of farming. Due to the fact it’s so different, many players are unsure how exactly Cleave interacts with other items and units on the map.

So, here are a few important explanations about Titanic Hydra, as well as other interesting trivia:

Question: What is Titanic Hydra good for?

Answer: Titanic Hydra is a hybrid item that increases both your defense and offense. While it gives you a lot of health, it doesn’t make you very tanky as it doesn’t have any armor or magic resistance. The item is ideal for farming, but it also increases your presence in teamfights allowing you to strike several opponents at once with its strong Cleave ability.

Question: Does Titanic Hydra have an active?

Answer: Although Titanic Hydra doesn’t have an active and is generally a very straightforward item, it will give a champion two interesting passives. Colossus unique passive increases your overall attack damage based on bonus health, while Cleave allows you to attack enemies in a cone behind the primary target.

Answer: You can’t have more than one hydra item in your inventory. In other words, you have to choose between Ravenous Hydra, Titanic Hydra, and Tiamat. Keep in mind that Tiamat is commonly utilized as a component for these two advanced versions.

Titanic Hydra is a pretty solid item, with a high win rate and a high pick rate. Due to its flexibility, you can build it on numerous AD characters, but it is much more suitable for melee characters. Besides providing an increase to your damage, it will also give the champion a major health boost.

Although somewhat dull, Titanic Hydra has really interesting passives. Both of them scale with health, increasing your direct damage and AOE damage. However, as the item lacks armor, magic resistance, or ability haste, you won’t necessarily focus on other health items. Instead, you would buy an object that will grant magical or physical damage reduction.