Sunfire Aegis is a powerful mythic item that is tailor-made for tanks. However, it also has two passives that would increase the champion’s overall damage. What sets this item apart is the fact that stacking legendries with Sunfire Aegis would reduce the duration of crowd control effects.

Sunfire Aegis has Immolate passive that forces the character to stay close to the target for maximum efficiency. It also provides a significant boost to your ability haste, which would hasten taunts, stuns, and other crowd control spells, keeping enemies in place, and avert attention to yourself instead of the squishy allies in the backlines. Of course, the ability haste would also increase your overall damage potential.

In this Sunfire Aegis guide, I will review the item, explain its uniques, and go through history of changes.

Sunfire Aegis is a strong defensive item with limited offensive potential. It is especially powerful when your champion is surrounded by enemies, as it allows full utilization of its strong passives, Immolate and Flametouch. 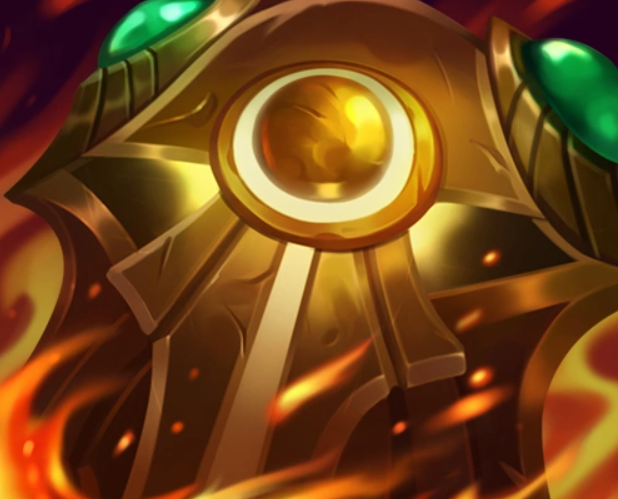 Sunfire Aegis shares some similarities with other defensive items such as Turbo Chemtank, Locket of the Iron Solari, Frostfire Gaunlet, and Evenshroud. This particular magical object is very balanced and will give you a little bit of everything. Furthermore, it improves your offense a bit, meaning that the enemies cannot ignore you in battle.

The item shares some similarities with Dota’s Radiance, an item that provides AOE burn. However, unlike Radiance which is mainly focused on offense and damage, Sunfire Aegis has protective stats.

The great thing about this item is that the enemies can no longer ignore you. It is especially potent in earlier portions of the game, allowing tanks to jump into the entire enemy team, dishing punishment while also absorbing damage. You can also Immolate’s burn to quickly kill lane minions and jungle monsters.

The item is 87.4% gold efficient. However, this efficiency goes up significantly when you consider its passives. Keep in mind that the strength of passives depends on how you utilize them. In other words, it becomes better the longer you’re surrounded by enemies.

Sunfire Aegis will give you 350 health, 20 ability haste, 35 armor, and 35 magic resistance, making it a well-rounded defensive item. It has Immolate and Flametouch passives, as well as mythic passive that increases your tenacity by 5%, your health by 50, and provides 5% slow resistance for every legendary you possess.

Immolate is a unique passive that will activate whenever you take damage. For 3 seconds, it will dish from 12 to 30 (depending on your level) plus 1% bonus health as magic damage to all units surrounding you. Immolate works in a 325 radius (plus 100% bonus size). It will deal an extra 25% to minions and 125% to jungle units, which makes it really great for clearing camps.

You will gain a stack of Immolate whenever you’re damaged by an epic monster or a champion. You can accumulate up to 6 stacks, each lasting 5 seconds and providing extra 12% damage for a potential total of 72%.

When you reach the maximum number of Immolate stacks, Flametouch passive will activate, causing explosions with every basic attack. This will allow you to dish max stack Immolate damage to opponents around you for 3 seconds.

Although every mythic passive is strong, Sunfire Aegis’ can feel almost game-breaking. If you accumulate 5 legendries, you can get extra 250 health, with 25% increased slow resist and crowd control resist (tenacity). In normal situations, you will likely get 200 health, and 20% tenacity/slow resist as you will need boots. Still, even this is a major boon to the champion.

Due to its health component, and damage increase with levels, the effect will continue being relevant throughout the game. Furthermore, if you have some AP increasing items, it can get even stronger. The appearance of a burning aura will increase with your size, but it will be the same as the base champion model.

Keep in mind that you cannot reduce the effect’s radius by reducing the model of a champion below its default size. 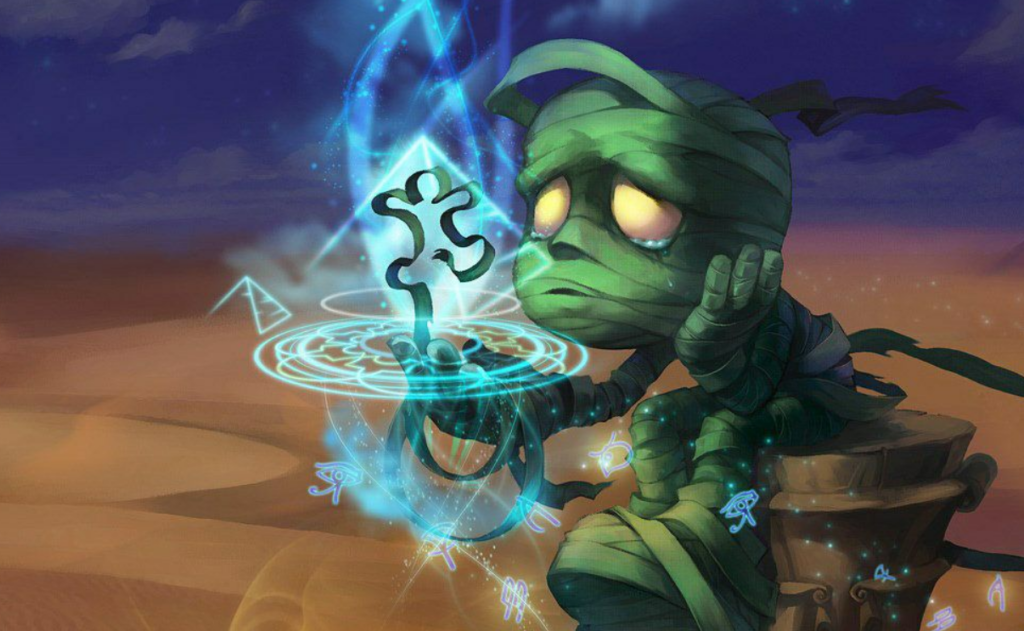 Like all other mythics, Sunfire Aegis is a relatively new addition. It came in 2021, and it brought a wave of fresh air to the game, providing players with some new and interesting build avenues.

To be exact, it came with a 10.23 patch, and it replaced Sunfire Cape. From the get-go, it required Aegis of the Legion, Bami’s Cinder, and a 700-gold recipe. The first iteration of the item also cost 3,200 gold, but its base stats were significantly different.

Sunfire Aegis also did a lot more damage to champions. Back then, it did from 20 to 40 damage per level plus 1% bonus health as magic damage (compared to today’s 12 to 30 damage based on champion’s level). The damage per stack was also 12%, and you could get up to 6 stacks, same as today. 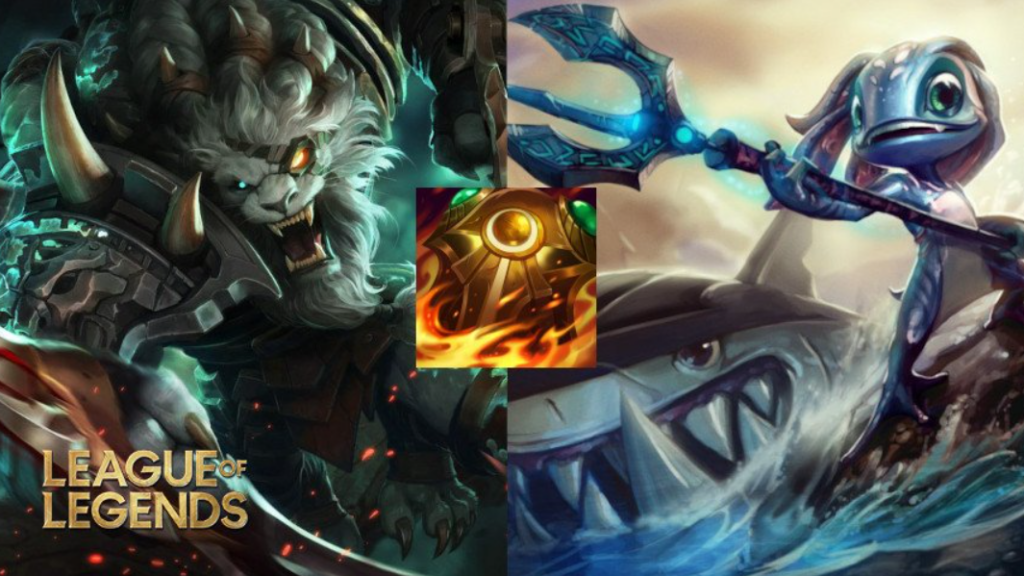 Seeing how strong the passives were, Riot did its best to immediately fix the issue. In a hotfix patch that ensued the following days, they reduced the base champion damage from 20 -40 to 12 – 30. They also nerfed extra minion damage from 50% to 25% and extra monster damage from 200% to 150%.

Another update came in version 10.25. The health bonus went from 450 to 350, and the extra damage to monsters was reduced from 150% to 100%. The changes also affected Ornn’s Masterwork upgrade Forgefire Crest reducing the health bonus from 550 to 500.

Version 11.2 brought a major change to the item. Its mythic no longer provided 5 ability haste per legendary but would instead give the champion 5% slow resistance and tenacity. In the 11.6 version, Riot again tinkered with the item, increasing ability haste gain from 15 to 20 while also restoring Immolate damage per stack to 12% (it was reduced to 10% in one of the previous patches).

Like with Immolate damage per stack, Riot decided to restore extra damage to the monsters component in 11.9. Instead of dealing 100%, it would once again deal 150% to jungle units.

The last alterations were done in version 11.23. Armor and magic resistance went from 30 to 35, and mythic passive would now give champions extra 50 health per legendary. Furthermore, Immolate would instantly kill minions that required one more tick of damage to die.

The Most Common Sunfire Aegis Users

Sunfire Aegis is a popular pickup among top lane tanks and brawlers. It is a very versatile defensive item that is viable on 34 champions. Overall, it provides a win rate of 52.52% and has a 22.35% pick rate, which makes it one of the more frequently bought items in the game.

In the majority of cases, it is assembled as the first item. This makes sense given that Immolate would help you farm while also providing a strong presence in teamfights. It is assembled as the first item in 85.38% of cases, and in these situations, it provides a 52.33%-win chance. Players buy it as the second item in 12.6% of cases (53.58%-win rate) and as fourth in 1.09% of games (55.48%-win rate).

The item is most commonly bought on Amumu, Nunu and Willump, Sejuani, and Zac. Players buy it on Amumu in 76.41% of all Amumu matches. It is bought on Nunu and Willump in 69.79% of their matches and on Sejuani in 59.41% of her games.

However, it seems that Sunfire Aegis is most effective on Skarner. When bought on this champion, it gives you a 61.06% chance of winning the game. However, Skarner players buy the item in only 8.79% of cases. When bought on Vi, it gives the player a 57.68%-win chance, and it gives Mordekaiser a 56.28%-win chance. 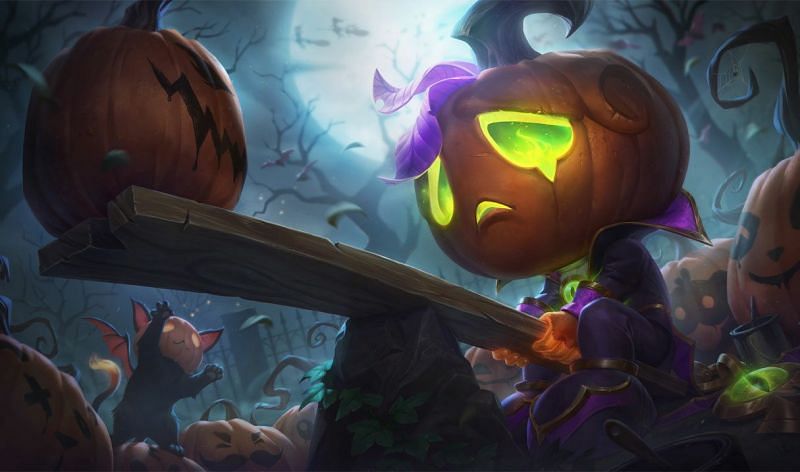 Given that this is primarily a tank item, players usually combine it with other protective objects. In most matches, it is paired with Thornmail, but you can also see the combinations with Randuin’s Omen and Dead Man’s Plate. As for the boots, you can commonly see Plated Steelcaps combined with Sunfire Aegis.

However, if we’re talking about successfulness, Sunfire Aegis provides the best results when paired with Demonic Embrace. The combination of the two has a 62.4%-win rate. This is followed by Sunfire Aegis/Sterak’s Gage combo with a 61.9%-win chance and Sunfire Aegis/Warmog’s Amor combination that gives players a solid 61.1% odds of winning the game.

Here are some of the most common Sunfire Aegis builds:

Thornmail and Sunfire Aegis combination goes really well for tanks. Basically, your task is to jump into the enemy team and rely on Thorns and Immolation unique passives to do the damage. Even if you’re disabled, the passive damage effects from these two items can be devastating. Thornmail also provides 350 health and 60 armor, which further protects you from physical damage.

While Dead Man’s Plate is not as potent as Thornmail. It does provide a few perks. It gives the wearer 300 health, 45 armor, and 5% movement speed. What’s even more important is that you will gain extra movement speed from its unique passive called Shipwrecker, which will make the initiation that much easier.

Question: Is Sunfire Aegis a mythic?

Answer: Sunfire Aegis is a mythic item that has very strong base stats and even better unique passives. It gives players 350 health, 20 ability haste, 35 armor, and 35 magic resistance. Its passives, Immolate and Flametouch, dish damage in an area making you a strong presence on the frontlines. Its mythic passive gives you 5% tenacity, 5% slow resist, and 50 health from every legendary in the inventory.

Question: How do I use Sunfire Aegis?

Answer: To maximize the item’s potential, you should be as aggressive as possible. Its Immolate effect works when you’re close to enemies, making it ideal for tanks and tanky brawlers. However, this passive can also provide a significant boost when farming lanes and jungle.

Question: Did Sunfire Aegis get nerfed?

Answer: During its short life, Sunfire Aegis had a few nerfs and buffs. The initial version of the item was extremely strong which is why Riot had to reduce its potency rather quickly. Throughout several versions, the stats were altered, and its mythic passive was replaced.

When Sunfire Aegis came out, it became an instant hit among League of Legends players. It is especially potent for tanks, but its Immolation and Flametouch passives would also provide benefits for melee brawlers.

The item becomes much stronger as you gain health. Immolation passive will receive 1% extra damage from all bonus health, which makes Sunfire Aegis much better for tanks. We also cannot forget its potent mythic passive that gives users 50 health (also scales well with Immolation) and 5% tenacity and movement slow resist per legendary within your inventory.