Banner of Command was quite a unique item with a specific premise. Basically, you would use it to buff individual minions, which would help them push the lanes at a faster rate. All the gold that the minion accrued would go into your pockets.

The problem with this concept was that developers could never properly balance it. Banner of Command was especially powerful on certain champions, making them virtually broken.

In this Banner of Command guide, I will analyze its stats and explain all the issues regarding the item.

Banner of Command was an interesting legendary item that, after numerous balancing attempts, was eventually removed from the game. The item allowed you to quickly push the lanes, and it was especially powerful on certain champions. 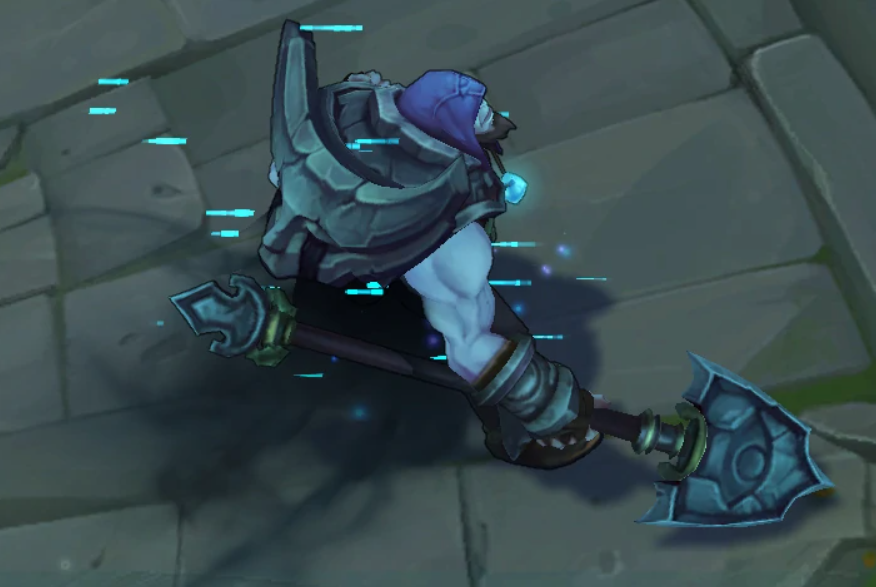 Banner of Command had a unique active ability called Promote that would buff one of the minions on the map. With this effect, the unit would be really hard to kill and could easily push turrets. The buff was especially devastating when there were no enemy champions nearby to defend.

In terms of the basic stats, Banner of Command gave champions 60 armor, 125% base health regeneration, and 30 magic resistance. It was very defense-heavy, but it also provided some team offense through its passives.

Banner of Command had a passive called Point Runner. This unique would give your champion up to 20% movement speed over 2 seconds when in the vicinity of Void Gates, turrets, and fallen turrets. However, what made the item a living nightmare was it’s active called Promote.

How Did Promote Work? 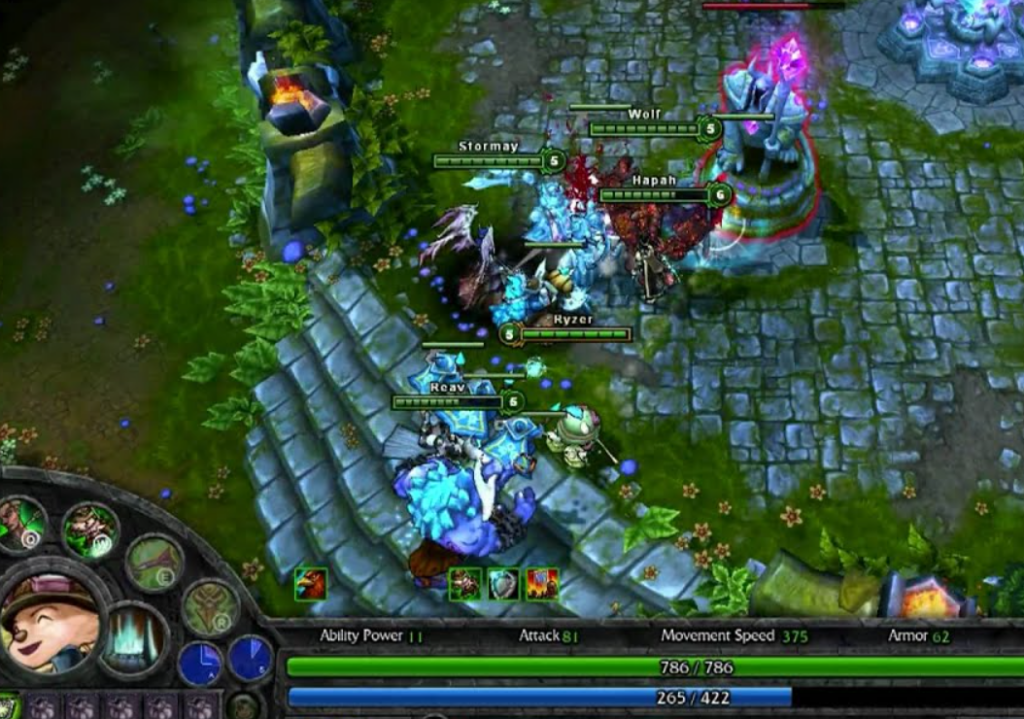 Promote was an interesting ability that you could cast on a lane minion to improve its abilities. It provided a unit 40% damage reduction from the opposing champion, 100% increased damage versus turrets, and improved stats. The ability could be used every 120 seconds, and it had a 1,200 cast range.

This unique ability could only be used on regular lane minions. It didn’t work on super units. What’s even better, the buff would work together with Hand of Baron and Crest of Crushing Wrath, creating unstoppable monsters for your team. The only effect that couldn’t stack was damage multiplier for siege minions, which you would get with Hand of Baron.

These buffed minions were slightly bigger than the regular ones, so you could always know which one was improved. This could come in handy if you want to further buff the unit or heal it. Lastly, you could see numbers above promoted minions’ heads showing you how much damage they did with basic attacks.

The Banner of Command user would receive gold that promoted minions farmed while pushing the lane. When you cast a Promote on a unit, they would receive two effects: Promoted and Turret Shield.

Turret Shield was an effect that reduced incoming damage from turrets by 30%. This buff didn’t stack with siege minions’ passive.

As mentioned, Promoted units would receive 40% less damage from enemy champions and would dish 100% damage to enemy turrets. They also had much more stats than the regular lane minions:

Over time the players developed strategies that would allow them to optimize the ability. Casting the effect on a specific minion would help achieve a certain task. For example: 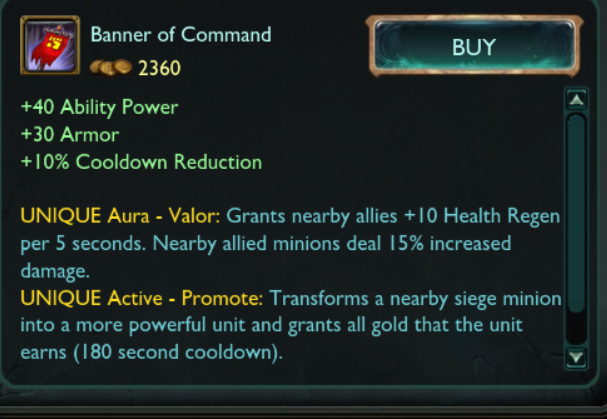 Banner of Command History of Changes

Banner of Command was introduced way back in the day. It made its debut during the major 1.0.0.152 patch. The first iteration of the item was made from Blasting Wand, Emblem of Valor, and recipe. It cost 2,400 gold.

The first Banner of Command was significantly different compared to its last version. First off, it would provide 30 armor and 50 ability power, making it a much better choice for AP damage dealers. It had a unique passive called Valor that gave nearby allies 10 health regeneration per 5 seconds while allowing minions to deal 15% more damage.

Even the first version of the item had Promote. However, you could only use it on siege minion, and it had a 180-second cooldown. Soon after, the item’s ability power was reduced to 40, and a 10% cooldown decrease was introduced.

Version 3.14 gave us the first big item rework. Instead of Emblem of Valor, the item now required Fiendish Codex. Its ability power went from 40 to 80, and its cooldown reduction increased from 10% to 20%. However, Riot completely removed its armor component and health regeneration aura. With this update, it became obvious that the company wanted to turn Banner of Command into a support/caster item.

Patch 4.20 gave us another major overhaul. First off, the developers changed its ingredients and price. Instead of Blasting Wand, it now required Aegis of the Legion and, instead of 2,400 gold, it cost 3,000 gold.

Valor was completely removed, and a new unique passive called Legion was introduced. This aura gave allies 75% base health regeneration and 20 magic resistance. It worked on both minions, pets, and champions. The magic resistance component was especially useful in teamfights.

On top of all these changes, Promote was also totally altered. First off, the unique’s cooldown went from 180 to 120 seconds, and you could also cast it on melee and caster units. What made the item really broken was Black Shield. The effect applied together with Promote, and it made the minion magic immune. As such, Promoted units became a real nightmare for casters, and you would need physical damage dealers to take them out.

But that wasn’t the end with buffs. The stat gain was significantly higher as well:

As you can see, these values are practically the same as the values of the item’s final version. From this patch onward, all Promoted minions would be larger in size. In the following few updates, Banner of Command received only minor tweaks. Removal of health regeneration aura and reduction of aura magic resist from 20 to 15 are the only noteworthy changes until patch 6.22.

In version 6.22, the recipe was changed to include Glacial Shroud instead of Fiendish Codex. Its price went down from 2,900 gold to 2,200 gold. As you can presume, this led to noticeable changes to its stats.

But, the changes to Banner of Command were nowhere near done. Another major alteration happened in patch 7.10 when Promoted minions started dealing increased damage versus turrets.

Banner of Command received yet another overhaul in patch 7.12. Instead of using Glacial Shroud as one of its ingredients, you had to buy Raptor Cloak (the price remained the same). With this version, Riot introduced Point Runner, which gave you increased speed while close to turrets, Void Gates, and destroyed turrets. The mana component was removed while health regeneration was increased from 0% to 125%.

The developers had one last go at the item during patch 8.11. Black Shield magic immunity and 10% cooldown reduction were completely removed. Instead, the Promoted units would take 70% less damage from enemy champions. There were also a few minor visual additions such as the damage numbers above minions’ heads, proper tooltips, and increased Promoted minion model.

Banner of Command was finally removed in version 8.12.

The Problem With Banner of Command 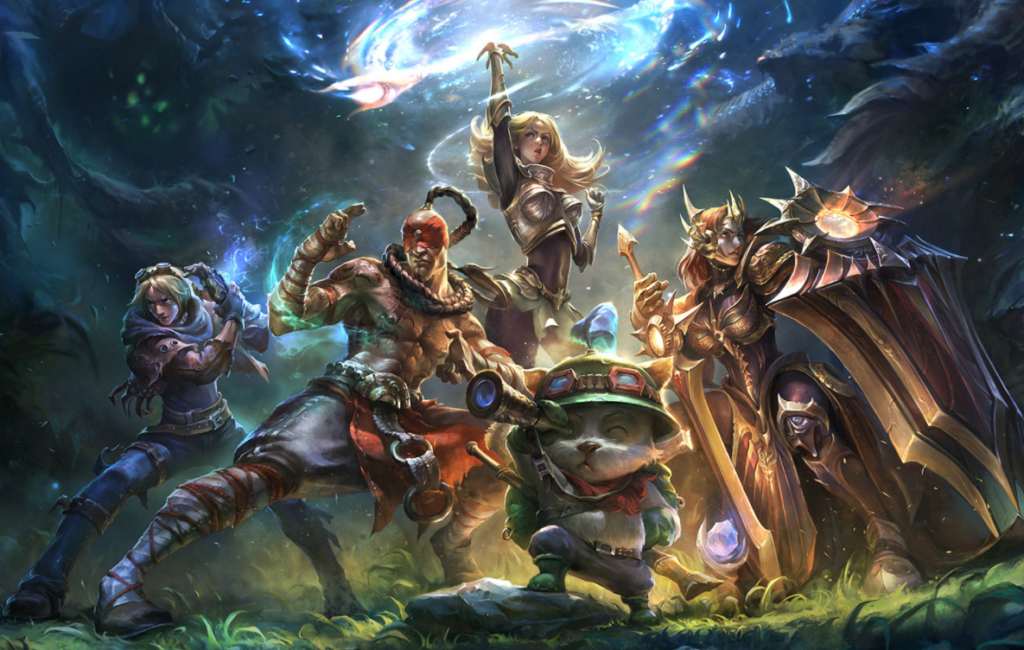 Just by reading the history of changes, you can quickly figure out that the developers had a lot of trouble balancing the item. According to lead gameplay designer Andrei van Roon, Banner of Command always felt like either a very bad item or a game-breaking item. Furthermore, it always had a negative effect on champion builds.

According to the Riot team, the item might resurface one day if they find a proper role for it. Regardless of continuous patches, there was always some issue with it. For example, there were situations where champions would buy Banner of Command as the first item and completely take over the game to a point where you couldn’t counter them.

In many ways, Banner of Command was very similar to other removed items. It was either very powerful or very weak. No matter the case, it was really unique, and I hope this mechanic would one day be reintroduced.

How Did Banner of Command Affect Different Champions?

Given how long it was in the game, Banner of Command had a different impact throughout different patches and metas. In some cases, it had a positive impact, and in others, negative. Prior to its removal, the item single-handedly removed Singed from professional play. This character is great for split pushing but often struggles when attacked 1 on 1 one. It is heavily reliant on its Poison Trail to deal damage.

When you boosted a minion with Banner of Command, it became nearly impossible for Singed to kill it. He would struggle immensely while the unit would keep pushing onward, together with the lane minions and champion.

Brand and Zyra had similar struggles with the item. They were a very popular pick prior to Banner buffs. Unfortunately, they experienced similar issues as Singed. During that same meta, you would get Banner of Command on your bot lane support and simply push onwards. Even if your opponents could dish high early game magic damage (like Zyra and Brand could), they could deal with the minion.

The main issue with the item was that you could counter almost any mage by simply getting Banner of Command. You would buff one of the minions, ensuring early destruction of the enemy’s turret. The single item purchase could win you a lot of matchups, completely ruining the game experience for most players.

Interesting Facts About Banner of Command 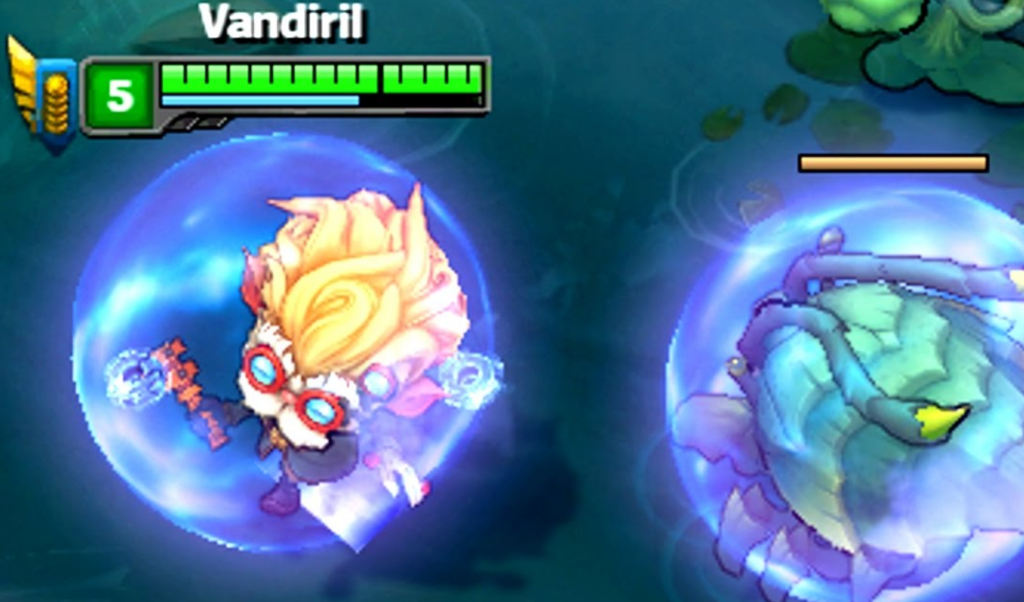 Although the item caused a lot of controversy over time, it also brought a few fun moments. Here are some interesting tidbits and trivia regarding Banner of Command:

Question: What did Banner of Command do?

Answer: Banner of Command had a unique active called Promote. It allowed you to periodically upgrade a lane minion so that it is much more powerful and better at pushing. As such, Banner of Command would provide an enormous strategic advantage, which is why it was eventually removed.

Question: Why was Banner of Command removed?

Answer: When used on a minion, Banner of Command would increase its magic resistance or it would make it completely magic immune (depending on game version). Because of that, many champions struggled to deal with this buffed unit. Basically, you could win almost any matchup against a heavy magic user as long as you had this item.

Question: Did Banner of Command stack with Hand of Baron?

Answer: Banner of Command effect would stack with Hand of Baron effect. The only exception was Hand of Baron’s bonus damage multiplier to siege units, which wouldn’t apply if you buffed a siege minion.

No matter how you might feel about this item, it definitely brought something new to the game. While every MOBA has certain features, items, and abilities that help push turrets and inhibitors, Banner of Command felt particularly devious. You could destroy the enemy base within moments just by purchasing this item.

What’s even worse, Banner of Command made mages obsolete. They simply couldn’t deal with magic immunity and, later on, high magic resistance. The only thing remaining for them was to fruitlessly poke at the unit, hoping they would slowly chip away at its health before it was too late.