Tracker’s Knife was an item that was removed in version 8.4. It was categorized as an epic item, and it provided major passive bonuses to junglers. However, the reason why Riot eliminated it from the game doesn’t have anything to do with its passive effects or stats.

The item was removed because it provided a massive vision advantage to the team that had it. Basically, you could ward certain strategic areas preventing early game ganks. During this period, games would grind to a halt, and nothing would happen during the laning stage.

Tracker’s Knife was an epic item that was so strong that Riot had to remove it. Like all jungle items, it helped you eliminate monsters at a much faster rate. It also had a unique ability Warding allowing the wearer to place stealth wards.

What is Tracker’s Knife? 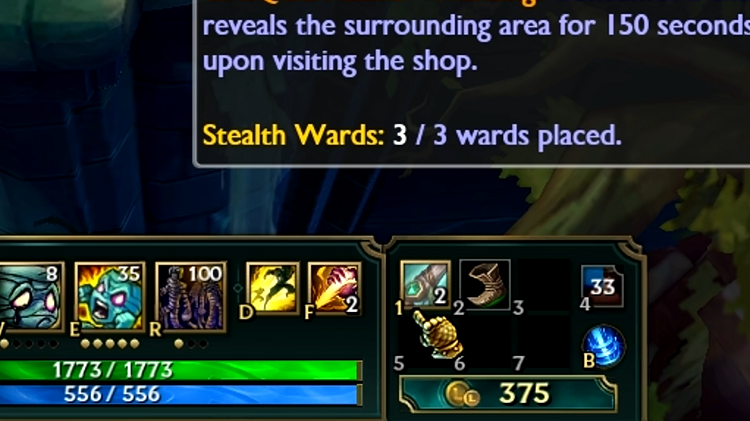 Tracker’s Knife is an item that was only used by junglers. If you decided to purchase it, this would be your only jungle item. It also had a ward limitation. Tracker’s Knife gave you wards, and you could carry only three of them.

It cost 1,000 gold. You made the item by combining Hunter’s Talisman (350 gold), Hunter’s Machete (350 gold), and recipe (300 gold). Back in the day, Tracker’s Knife could build into Bloodrazor, Runic Echoes, Warrior, Cinderhulk. It also shared some similarities to Skirmisher’s Sabre and Stalker’s Blade.

In terms of the stats, this item gave you a 10% life steal again monster. This kind of sustain was crucial for junglers as it allowed them to survive early game grind without buying consumables. You also had a major 225% base mana regeneration increase while in the jungle. In other words, you could spam abilities as much as you wanted.

Tracker’s Knife provided a major boost to all jungle champions. You could kill monsters with minimal investment. But the thing that separated Tracker’s Knife was its passives.

Its first unique was called Tooth and Nail. Every auto-attack against jungle monster would deal additional 30 physical damage. On top of that, you would get a 15% increased attack speed for 2 seconds. When you damaged a monster, you would set it on fire. This debuff dealt 80 magic damage for 5 seconds. Additionally, the champion would restore 6 health per second for every unit that was set on fire with this ability.

Another cool feature of Tooth and Nail is that it provided an extra 50 experience and gold for every large or epic jungle monster per one level difference. In other words, if you were level 2 and the monster was level 4, you would get 100 experience and 100 gold. This made killing of larger monsters much more lucrative.

However, this unique wasn’t the reason why item was removed. Instead, developers decided to eliminate Tracker’s Knife because of its second passive called Warding. With this passive, you could use a charge to place a Stealth Ward at a target location. The item had 2 charges, and you could replenish them by visiting the shop.

The Problem with Tracker’s Knife 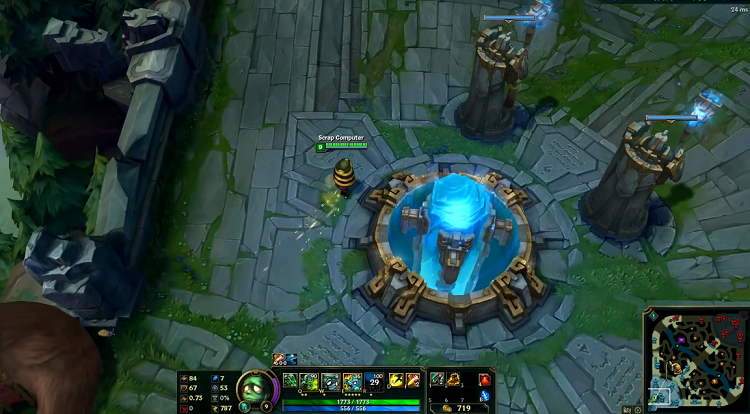 Tracker’s Knife made junglers’ life that much easier. You could demolish camps without breaking a sweat. What’s even better, you would maintain high health as long as you applied debuff on several monsters at once. Of course, mana regeneration was also very valuable.

Tracker’s Knife wasn’t equally good on all champions. It was crucial for characters who don’t have good health/mana sustain, forcing them to rush the item. Unfortunately, this would put them at a disadvantage compared to champions who didn’t require Tracker’s Knife. These junglers would avoid the item and build other stuff, thus having a faster overall progression.

However, this discrepancy between champion builds wasn’t the reason why the item was removed. Instead, the issue with the knife is that it gave you wards early on. Your junglers could prevent them at strategic spots, thus preventing any action during the early and mid game.

Unfortunately, this would bring the action to snail-pace, where it was easy for teams to predict opponents’ movement. You would have to wait until late game to group up and make something happen on the map. If there were any kills, they were made by outplaying your lane opponent.

Question: Why was Tracker’s Knife Removed?

Answer: Tracker’s Knife would allow you to ward parts of the map providing extra vision and, thus, extra protection. As a result, there were fewer ganks, and the game became very slow.

Answer: Tracker’s Knife was especially good for champions who don’t have good sustain. By placing a debuff on a monster, you could heal over time. Extra mana regeneration was invaluable for certain characters as it would allow them to spam abilities and clear camps faster.

Question: How Do You build Tracker’s Knife?

While this item was fun, it didn’t last for too long. The strategic advantage of wards would simply destroy games. This was especially noticeable in high-tier matches and during professional tournaments. At one point, things would become too predictable and slow.

Nevertheless, going to the jungle with this item was pretty cool. Due to its high sustain, it would allow you to run certain junglers that weren’t previously viable. So, it definitely had an impact on the meta.