The item was especially powerful against monsters and minions and, as the game went on, it would allow you to decimate the entire enemy team. As if that wasn’t enough, it also gave you access to wards, which could prevent early and mid-game action. You would also receive more gold from monsters.

In this Feral Flare guide, I will talk about the item’s features, problems, and eventual removal from the game. 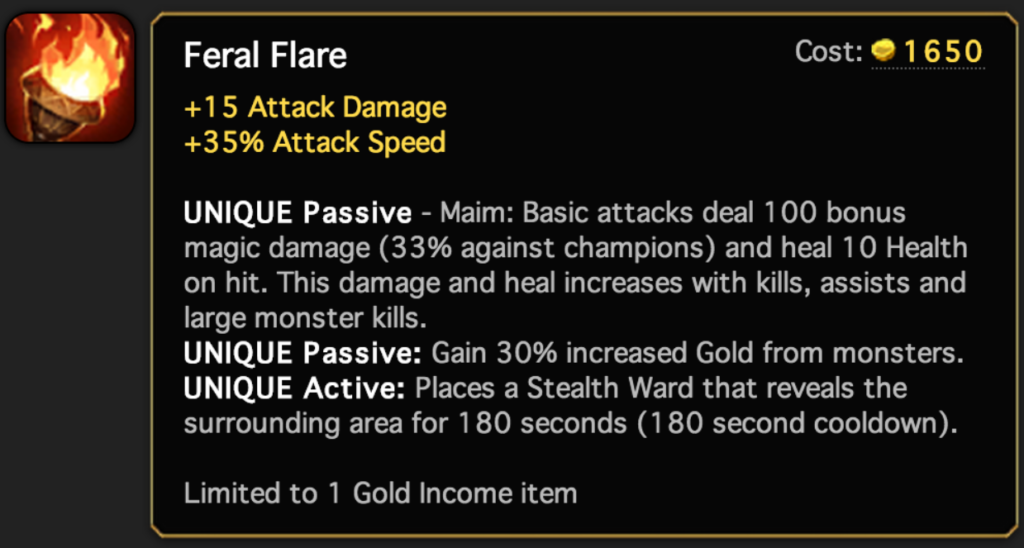 Feral Flare was a legendary jungle item that provided several major benefits to its users. It could scale indefinitely while also giving you a gold boost and wards.

The only way to get Feral Flare is by purchasing Wriggle’s Lantern and acquiring 30 Feral stacks. At that point, the item will be automatically upgraded. Keep in mind that it’s not easy to get these stacks, and you might have to wait a while to get the improved version.

Feral Flare’s base stats are not that impressive. It gave the wearer 30% attack speed and 12 attack damage. However, no one bought it for its stats but instead for its passive abilities. It’s unique passive, Maim, was possibly one of the strongest passive abilities ever to be introduced to League of Legends.

First off, Feral Flare had a unique active allowing you to plant stealth wards that lasted 180 seconds and had a 180-second cooldown. The second, minor unique passive gave you 30% more gold from jungle monster kills. This is an incredible passive for all junglers, and you would benefit from the gold boost throughout the game. Champion was limited to one gold income item.

The second unique passive was called Maim. Whenever you kill a large monster or a champion, or when you assist on champion kill, you would get on Feral stack. Your basic attacks were increased by 25 damage plus 1 damage per stack. On top of that, you would restore 10 health per strike.

Maim was even better against jungle monsters and minions. They would receive 75 bonus magic damage per attack plus 3 damage per Feral stack. With this passive, you could run through the jungle and decimate everything in your path.

Although you would need some time to buy Wriggle’s Lantern and upgrade it, once you had Feral Flare, the game would become very easy. What’s worse, the longer you stayed in the jungle, the more powerful you would become because Feral stacks stacked indefinitely. 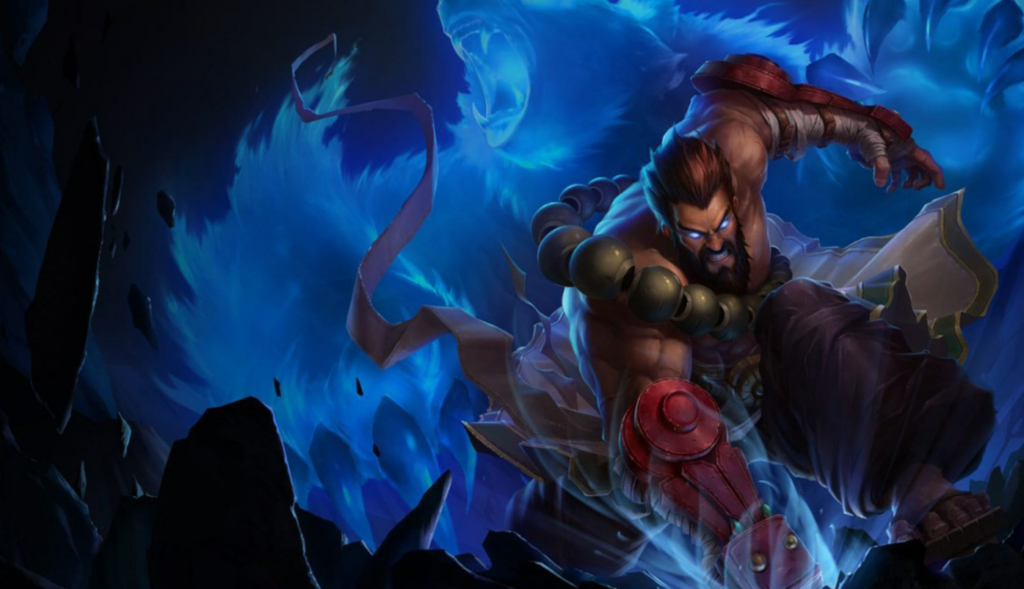 To understand some of the issues with the item, we should go through the history of changes. In the previous chapter, I’ve analyzed the last version of Feral Flare, which was after all the nerfs. The first iteration of the item was particularly powerful.

As mentioned, the item was first introduced with patch 4.5, and you could only make it by upgrading Wriggle’s Lantern. After killing 25 large monsters, the item would turn into Feral Flare. The first iteration of the item had slightly higher base stats with 15 attack damage, and 35% increased attack speed. But what made the item really broken from the get-go was it’s Maim unique.

Maim added 100 magic damage to your basic attacks plus 3 damage per Feral stack. You would also restore 10 health plus 1 health per Feral stack on every auto-attack. The only saving grace was that enemy champions would take “only” 33% of that Main damage.

The developers have quickly realized how overpowered the item is, so they changed the upgrade requirement from 25 large monster kills to 30 large monster kills. The nerfing continued with patch 4.7, where they reduced attack speed from 35% to 30% and attack damage from 15 to 12. Additionally, Riot also reduced Maim base damage from 33 to 25 and would place a fixed life restoration per attack to 10 (Feral stacks no longer increased life restoration).

Despite these changes, Feral Flare was still very strong. Ultimately, the developers decided to completely remove it in patch 4.20 and replace it with Enchantment: Devourer. This is another scaling feature, but nowhere near as brutal as Feral Flare.

Why Was Feral Flare Removed? 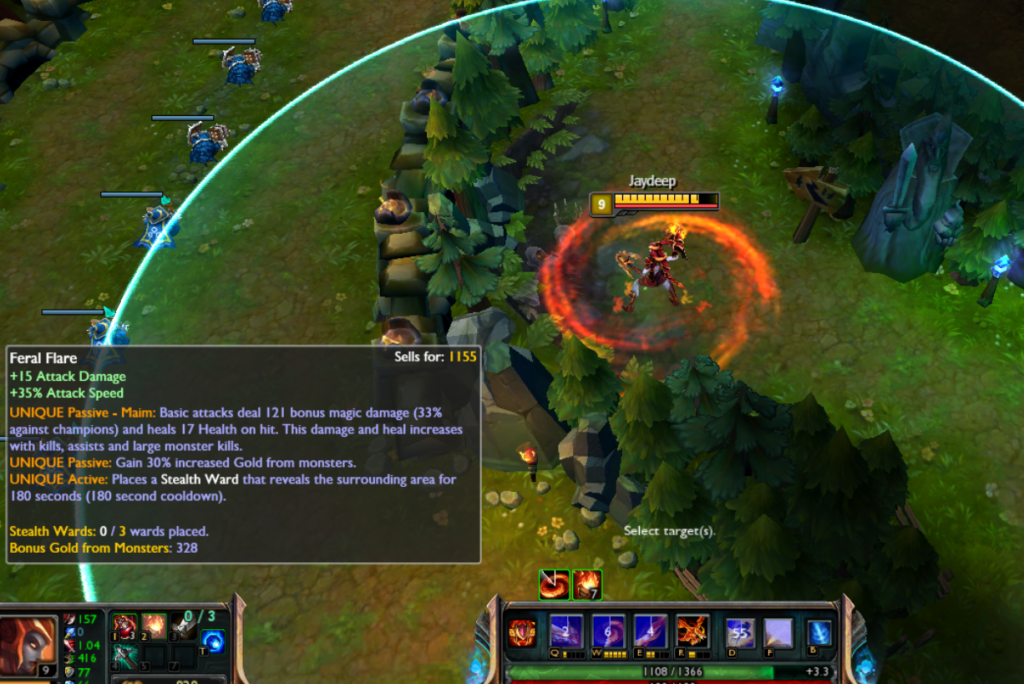 Feral Flare quickly gained infamy. The item was introduced in an attempt to help certain junglers like Warwick and Master Yi. At that point in time, most of these champions felt lackluster. Their impact was very weak, especially if we consider the fact they had so much time to free farm.

No matter how you look at it, the item felt really strong. Each of its passives was really good, but Main was the one that caused most issues. It would allow the character to scale indefinitely. The item was pretty bad at first, but as the game went on, it would provide the wearer a stat bonus far above its value.

At around the 30-minute mark, junglers would emerge from woods after being uncontested throughout the game, and they would simply take over. Funny enough, the only person that could stop them was the jungler on the other team.

Given that the item also provided wards, there wouldn’t be much action during the early portions of the game. So, the junglers had full control over the game dynamic, and in a way, they decided when it would end. Once you felt strong enough, you would get out of the jungle, annihilate enemies, and finish the game. Often, the first jungler to make a move was the one who would win the game.

The first version of the item was especially broken because it dealt so much damage while also having a scaling healing.

Not only was the item strong, but it would also force other jungler to buy it just to keep up. You also had to purchase it as the first item, which made builds boring and predictable. It was the golden age for the role, and everyone wanted to play in the woods. 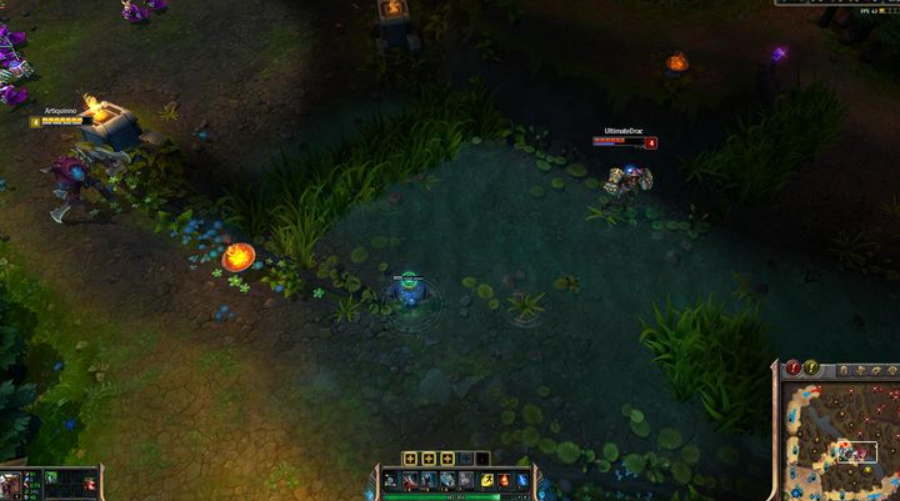 While Feral Flare meta didn’t last for too long, it forced teams to completely change their strategy. Although overpowered in the late game, there were a few things you could do to stifle the enemy jungler’s progression.

For example, you could get champions to invade enemy woods and pressure them. This led to funny situations where two champions would chase two junglers and three lanes that felt somewhat empty. Unfortunately, even if you had a strategy in place, it was sometimes hard to execute it.

While you could strategize in professional matches and high-elo games, lower-tier games were especially affected by this item. You had players spamming junglers and winning enormous amounts of points over short periods. 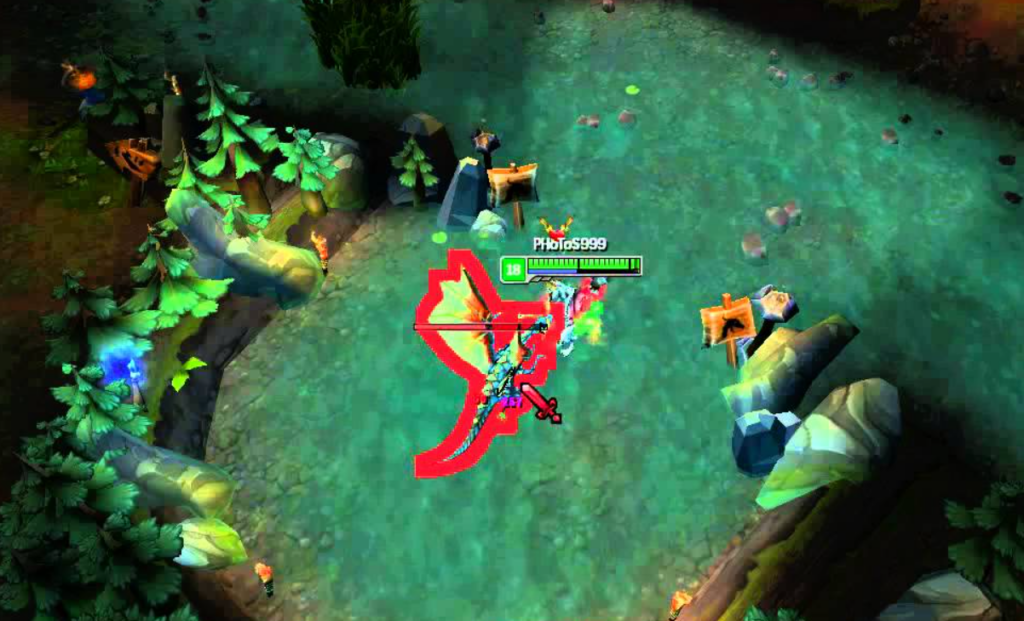 Although the item existed for a short duration, it was constantly at the center of controversy. While it completely broke the meta, it brought some fun with it. Players were forced to experiment and adjust to situations on the fly, which in a way, increased the quality of skill.

Here are some of the item’s interesting facts and features:

Question: When was Feral Flare removed?

Answer: Feral Flare was removed with version 4.20, which was rolled out on November 20th, 2014. Instead of it, the developers have introduced Enchantment: Devourer. Given that Feral Flare was introduced on April 3rd, 2014, it was only available for short 7 months.

Question: How does Feral Flare work?

Answer: Feral Flare provides several bonuses, slightly increasing your damage, attack speed, and gold from monsters. You could also use it to plant wards. But the thing that was really troublesome with this item was Maim. This ability dealt bonus damage to champions, minions, and monsters based on Feral stacks, which you could acquire by killing large monsters champions, and assisting in champion kills.

Question: Who could use Feral Flare?

Answer: Feral Flare was a strong jungling item, which could be made on literally any jungler. In fact, the longer you stayed in the woods, the stronger it would become.

Feral Flare was a really controversial item. Some players liked it, while most hated it. Feral Flare was especially beloved by junglers who had enormous control over the game. Unfortunately, this made the game less fun for the other 8 players on the map.

As mentioned, its passive Maim was extremely powerful. You might even call it one of the Riot’s bigger mistakes. Given its potential for scaling, you could presume that the item would be overpowered and that players would start swarming the jungle.

Be it as it may, Feral Flare takes a proud place in League of Legends history. This item is a good example of how small changes to MOBAs can completely break the game.