Luden’s Echo was an old League of Legends item that was eventually replaced by Luden’s Tempest. During its life, the item had numerous issues, from being very powerful and used on all mages to being extremely lackluster.

After numerous attempts to make it competitive, the developers finally decided to scrape. Luckily, the concept wasn’t completely replaced, and we got Luden’s Tempest, an item with the same Echo unique passive. Furthermore, the developers turned it into mythic, making it purposefully strong while simultaneously forcing you to make a choice.

In this Luden’s Echo guide, we will take a look at the item, its stats, and why it was eventually removed.

Luden’s Echo was an item with great stats for AP characters. It would significantly increase your overall damage while also hastening cooldowns. The developers had trouble balancing Luden’s Echo, which made it very strong or weak depending on the patch, and it was eventually replaced by Luden’s Tempest. 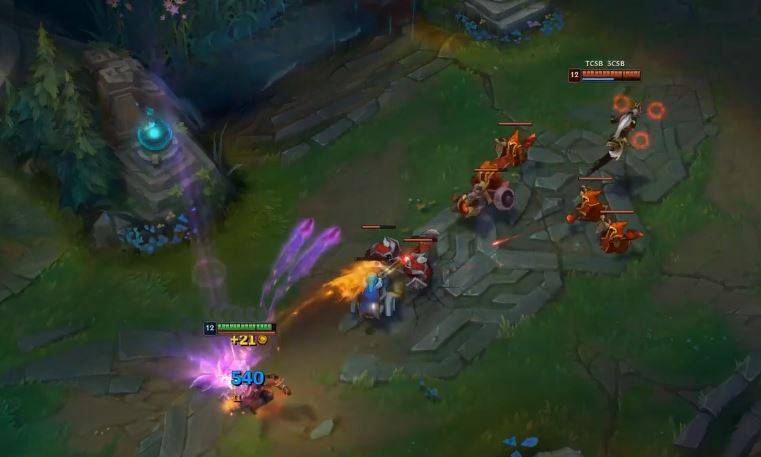 The great thing about Luden’s Echo is that it was very flexible. You could use it on almost any AP champion ranging from mages to tanks and assassins. As long as a character had mana pool, it made sense to buy the magical staff.

Luden’s Echo provided the user 90 ability power, 600 mana, and 10% cooldown reduction. During its lifetime, there was no limit as to how many Luden’s Echos you could have, so players were able to stack a few staffs.

The other passive effect was called Echo, and it worked through a system of charges. Whenever you traveled a distance of 35 units, you would gain 1 charge (regardless of how you traveled). You would also gain 10 charges whenever you use an ability.

Once you get to 100 charges, the next ability would dish 100 plus 10% ability power of extra magic damage. The effect worked within 600 radius and would affect up to 3 opponents. It always prioritized champions instead of minions or monsters, as well as units directly struck with the ability. Once you used the effect, you would restart the charge count.

The ability would trigger an interesting bug where the enemies would be granted a vision of your champion as well as the area around it.

Luden’s Echo was introduced in 2015, with patch 5.5. This makes it one of the relatively newer items in the game. The developers wanted to create a magical staff that would provide an effect based on how much you traveled.

Luden’s Echo was presented as a replacement for Deathfire Grasp, another caster item that was removed in patch 5.2. The first version of Luden’s Echo required Aether Wisp, Needlessly Large Rod, and a recipe for a total of 3,100 gold. It gave the wielder 7% movement speed and 120 ability power.

It had a similar unique, which would cause you to gain charges whenever you cast abilities or move the champion. Once you reach 100 charges, your next ability would cause 100 plus 15% ability power magic damage to a maximum of 4 targets upon cast. Of course, this would expand all the charges.

The item was temporarily removed from Twisted Treeline, and Crystal Scars maps in version 5.6, only to be reintroduced in version 5.7. The item recipe was a tad bit different on these maps requiring Blasting Wand, Aether Wish, and a recipe for a total of 2,800 gold.

Luden’s Echo experienced the first major change in version 5.11 when it would receive 10 stacks per ability cast instead of 20. As if this wasn’t big enough nerf, the developers also reduced Echo damage from 100 plus 15% AP to 100 plus 10% AP.

During patch 5.13, Riot decided to balance the item a bit, increasing its movement speed from 7% to 10% while reducing ability power from 120 to 100. The recipe cost was also reduced from 3,100 gold to 3,000 gold. In the next patch, Luden’s Echo recipes would be merged and were the same for all maps.

Patch 8.4 was really big for the item. The item’s formula was completely changed, and instead of requiring Aether Wisp and Needlessly Large Rod, you now required Lost Chapter, Blasting Wand, and Amplifying Tome. Its price went up from 3,200 to 3,300 gold.

In one of the following versions, the item recipe was once again changed, now featuring Blasting Wand, Lost Chapter, and a Luden’s Echo recipe for a total of 3,200 gold. Mana went from 500 to 600.

In version 9.1, Ornn was able to upgrade the item into Luden’s Pulse. During patch 10.15, there were a few changes to Echo, reducing the damage to the primary target. However, these alterations weren’t documented in the official notes. The change was reversed in the next patch, going undocumented once again.

Eventually, the item was completely removed in patch 10.23, and Luden’s Tempest took its place.

Why Was Luden’s Echo Removed? 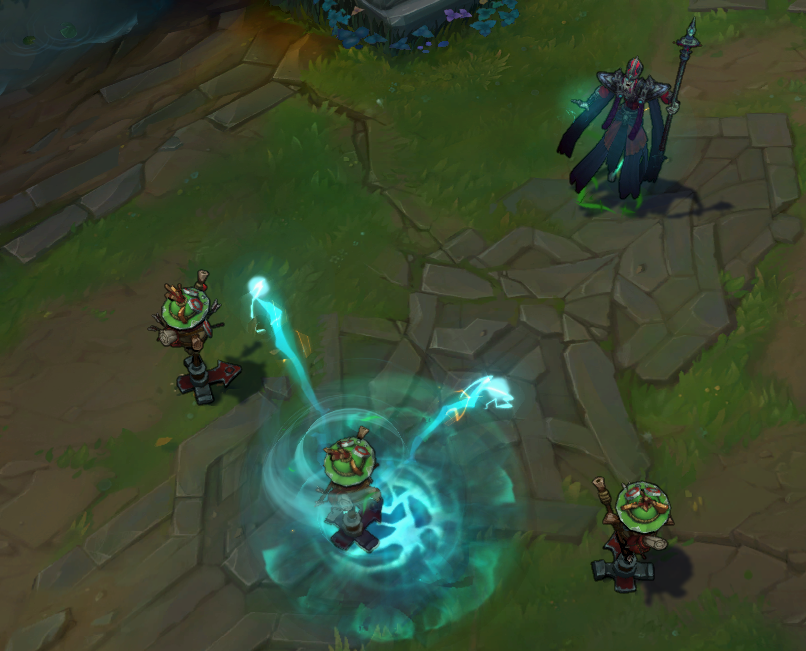 Luden’s Echo was conceptualized as a unique caster item that would improve your offense the more you moved. Among others, this is why the developers added a movement speed component as a way of expediting the process. According to Riot representatives, they wanted to create an item that would assist AP champions who rely on movement and positioning, such as Akali, Lux, and Kassadin.

Unfortunately, the developers made a huge mistake by awarding 20 charges per every ability cast. This allowed champions to quickly ramp up 100 charges and cast the Echo effect, sometimes twice during teamfights. This made it extremely strong from the get-go.

They decided to address the issue in version 5.5. Riot claimed that they wanted Ludent’s Echo to be strong, but only in certain situations and on specific champions. That would allow for fine build tunning, where you could profit from having the item at a precise moment.

Unfortunately, the first iteration of Luden’s Echo was straight-up broken, and you would notice it on the majority of AP champions. So, people would start picking characters so they could build around the staff, and not the other way around. As a result, there was a major surge of AP champions during that period.

To tackle the problem, the developers were looking for ways to make the item viable, but only in specific situations. In other words, there should be a good reason for a player to purchase the item at a particular moment. In that regard, it would be like Rabadon’s Deathcap, which, although it has a great burst potential, doesn’t make sense to purchase early on.

Eventually, developers decided to reduce the AP ratio so that it’s good in the early game but don’t feel broken later on when paired with things such as previously mentioned Rabadon’s Deathcap. Furthermore, they decided to reduce stacking through casting, and instead, you were focused on moving around the map to gain the necessary charges (as they initially intended).

As the new versions rolled out, the developers retained their initial way of thinking, increasing the item’s movement speed bonus from 7% to 10%, making it somewhat easier to get the Echo burst. Unfortunately, as time went by, Luden’s Echo became less and less appealing.

Prior to the 10.23 version and its removal, the item felt really weak. At the same, the 10.23 patch brought numerous improvements to other casting items, so there was simply no more point in trying to improve Luden’s Echo through simple stat buffing.

Although this item hasn’t existed for too long, it left a legacy behind. Among others, it had a major impact on the creation of Luden’s Tempest, an important magical object in the current meta. Here are some interesting facts about the staff:

Question: What does Luden’s Echo do?

Answer: Luden’s Echo is a legendary item. In fact, it existed well before the introduction of mythic items into the game. Nevertheless, it was fairly strong for a good part of its existence.

Answer: Luden’s Echo was great on almost any ability power champion, and it excelled on characters who relied heavily on positioning. Someone like Akali would benefit greatly from its Echo passive, as they would quickly ramp up charges necessary for burst damage. In other words, it was also good on Ekko.

Luden’s Echo was an item that almost broke the game when it first came out. It was so strong that everyone bought it. So much so that it affected how people pick champions. During that period, everyone was going with AP-based characters just so they could utilize this overpowered staff.

The Riot’s team quickly remedied the issue bringing Luden’s Echo down to the ground. Unfortunately, this made the item too weak. Prior to its removal, almost no one bought it. As new, stronger magical objects came out, there was no longer a reason for keeping it in the game.