Rod of Ages was a legendary item that was removed in version 10.23. However, you can still use it in Wild Rift. Basically, the developers didn’t know what to do with Rod of Ages and how to balance it so that it’s useful for numerous champions. It was utilized on just a few characters as a first item, while others wouldn’t even consider it.

In this Rod of Ages guide, we will review its stats and analyze the issues that ultimately led to its demise.

Rod of Ages is a powerful caster item that became stronger as the game went on. It was especially popular on mid mages and, at one point, it was a necessary first-item pick-up on several characters.

Rod of Ages was classified as a legendary item. It shared some similarities with Abyssal Mask, Morellonomicon, Hextech Protobelt-01, Rylai’s Crystal Scepter, and Liandry’s Torment. Although there were some attempts to turn it into a mythic, it remained legendary until it was eventually removed on November 11th, 2020.

Rod of Ages provided 60 ability power, 300 mana, and 300 health, making it an ideal pick up for numerous mage characters who don’t need cooldown reduction. Although it had 97.12% gold efficiency, it would become much more powerful over time due to its unique passive.

Unfortunately, this passive is the reason why the item was eventually eliminated. If you were a mage, you simply had to get it as soon as possible. This would limit item versatility and choices, making the game much duller. I will explain this in more detail in the following chapter.

Rod of Ages had another unique passive called Eternity. Your champion would restore 15% of total mana whenever he or she takes damage from enemies. Furthermore, you could restore health based on mana spent (20% of mana used). The health restoration was caped at 25 health per cast. Using toggle abilities was even better as it would give you 25 health with each usage.

Rod of Ages History of Changes 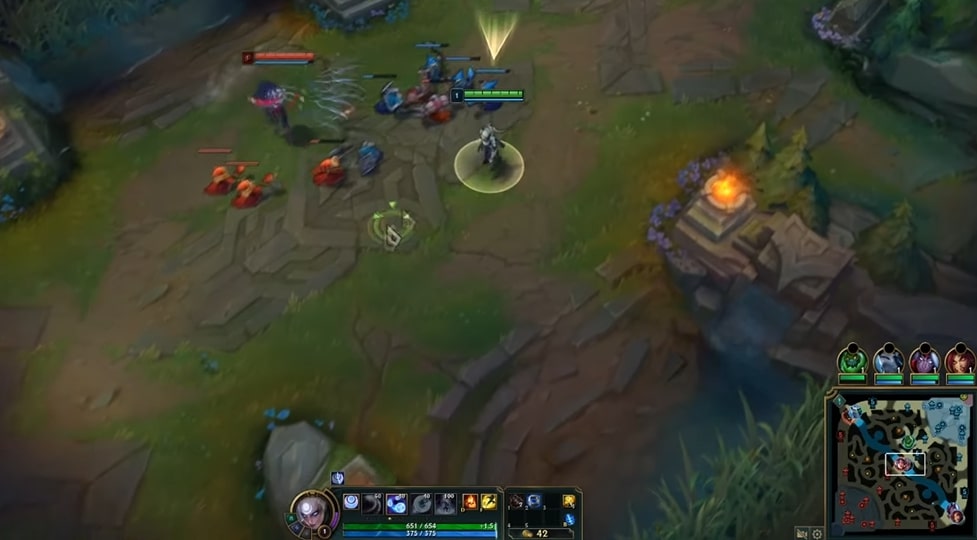 Although one of the oldest objects in the game, Rod of Ages didn’t experience as many changes as some other items.

The item was present since beta, and it had it was changed for the first time on May 15th, 2009, when its cost went from 665 gold to 865 gold. It experienced a few other minor changes during the early days, mostly pertaining to its price.

Back in the day, the item had a unique passive called Valor’s Reward. This effect would heal the champion on level up. The passive experienced a small nerf in version 1.0.0.152 when health gain went from 250 to 150. In the following years, Riot did some minor work on the item, fixing bugs and other issues.

After long years without any alteration, the company finally decided to give it some love with the July 8th, 2015 update. Although the item now gave less mana and health, it would provide an increased mana per stack (40 instead of 20) and increased ability power per stack (4 instead of 2). Its price also went down from 2,800 to 2,700. With this update, Rod of Ages became much better offensively.

However, the patch also brought an interesting improvement in the form of Eternity unique. Basically, the effect had almost the same characteristics throughout the patches, slightly losing the potency of the health restoration feature in version 6.12.

Although the item barely changed over time, the developers still decided to remove it in patch 10.23. This begs the question, why wasn’t it removed earlier if the issue was so game-breaking?

Why Was Rod of Ages Removed? 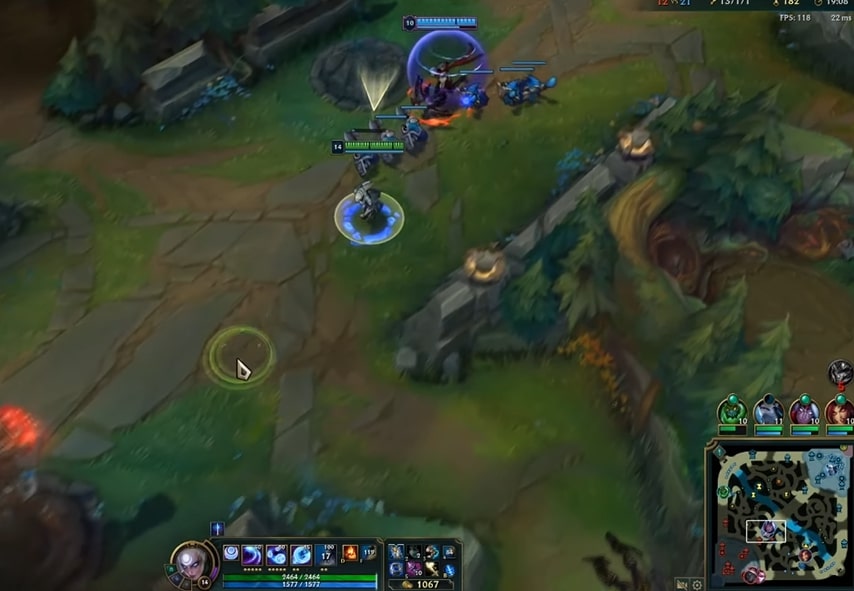 Rod of Ages was a popular pick-up, and a lot of players were upset that it was removed from the game. In subsequent months after the removal, Riot provided a few insights regarding their itemization process and why they ultimately decided to eliminate certain objects/features from League of Legends.

Basically, the developers are always trying not to remove anything that the players love. However, if an item violates specific game principles, they are forced to rework it or, in the worst-case scenario, completely remove it from the game.

Here are a few instances when they are forced to alter an item beyond simple balance changes:

According to the Riot representatives, Rod of Ages violated not one but two basic principles. First off, it limited player choices, but it also reduced the overall satisfaction with the game.

To be more precise, Rod of Ages was only utilized by a few characters. It wasn’t a multipurpose item that could be included in various builds. As you couldn’t experiment with Rod of Atos, it became a rather boring pick-up. Furthermore, these few champions were forced to buy it as it provided a nice health and mana regeneration boost while helping characters scale.

The riot team did try to alter the item and turn it into Mythic. Unfortunately, when it was properly balanced, Rod of Ages would make the champion weak for a good portion of the game. Even though the potential synergy bonuses would be nice, there were better purchases for casters.

Most Common Rod of Ages Users 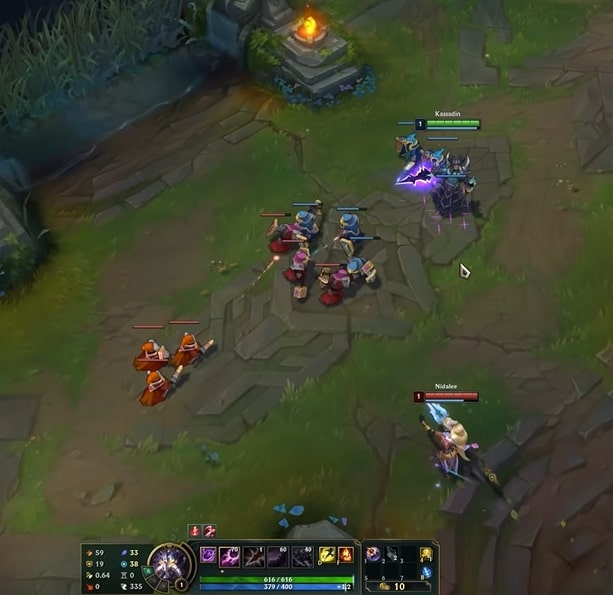 As mentioned, this item was very popular among mid-lane mages. You would get it as soon as possible and start racking up stacks. It was especially common among champions who were constricted by mana. Although the mana stack gains were reduced over time, the feature was an important reason why people would pick Rod of Ages.

The most common users of the item were Kassadin, Galio, Cho’Gath, and Swain. Rod of Ages was especially great on Swain and Cho’Gath, as it would allow them to continuously stack health reaching the point of tanky AP damage-dealers.

Keep in mind that the item wasn’t as popular on ranged mages. Simply put, the health bonus would sometimes feel redundant. For example, you could’ve gone with items that reduce your cooldowns or provided a secondary source of damage. In other words, it wouldn’t be as great on glass cannons.

It is also worth noting that the Eternity effect would work with things such as Muramana’s passive or Seraph’s Embrace’s active. This would provide champions with some nice combinations to work with. Rod of Ages had another peculiar interaction where the character would get mana even if the damage was nullified with a shield ability.

Another thing that made Rod of Ages somewhat boring is that you could purchase several of them. Although this isn’t ideal, as you would need a lot of time to gain stacks on the second and the third item, it could lead to a situation where a champion gets incredibly buffed as the game goes on.

Some people would buy Rod of Ages with Archangel’s Staff. These two would work really well in unison when you consider the Archangel’s Staff’s unique, called Awe, increases ability haste with bonus mana.

Having Tear of the Goddess (item needed to build Archangel’s Staff) and Catalyst of Aeons (item needed to build Rod of Ages) in the lane is amazing. The combination of the two would provide a champion with nice sustain during the early portions of the game. The only issue is that you would need a lot of time to stack the effects.

Interesting Facts About Rod of Ages 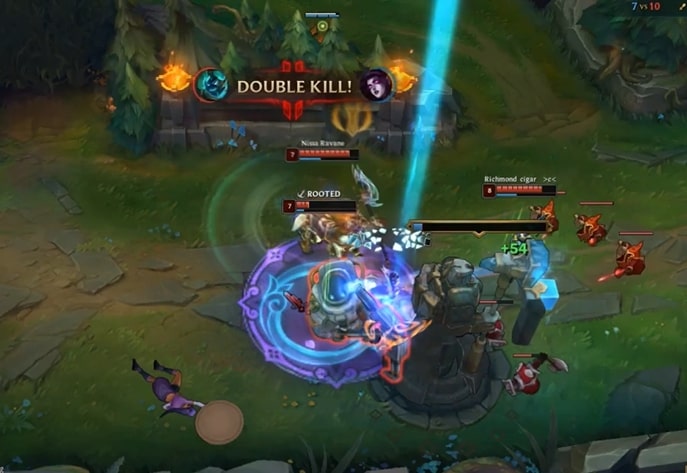 Like with every item, especially one that has existed for so long, there are several interesting trivia regarding Rod of Ages:

Question: Why was Rod of Ages removed?

Answer: According to Riot, the main issue with the item was that it limited your potential build options. When buying Rod of Ages, you would always get it as the first pick-up. This made it a bit dull. Although the developers tried to turn it into mythic, they couldn’t find a way to make it useful during the early and mid-game.

Question: Which item can I use instead of Rod of Ages?

Answer: Rod of Ages is most similar to items such as Morellonomicon, Rylai’s Crystal Scepter, Liandry’s Torment, and Hextech Protobelt-01. Each one of these provides health and ability power, and depending on your particular needs, could be a good replacement for Rod of Ages.

Question: Does Rod of Ages stack?

Answer: You could stack Rod of Ages. It had a unique passive that provided ten mana, 20 health, and four ability power every minute, for a potential total of 100 mana, 200 health, and 40 ability power after 10 minutes. While you could get several Rod of Ages and receive stacks for each one of them, it wasn’t the most efficient build.

Question: How does Rod of Ages work in Wild Rift?

Rod of Ages was an important part of League of Legends history. It was one of the most influential items that survived for a very long time since its beta inception.

While developers deemed it game-breaking, you could still have a blast using it. You could act a fool by getting several Rods of Ages and waiting for stacks to kick in. While this was a very silly strategy, it would be a great way to have fun with your friends.

If you ever wish to revisit the good old days, you can always turn on Wild Rift, take your favorite mage, and rush the item.