Shurelya’s Reverie is an item that was changed a lot over the course of time. Ultimately, the developers decided to remove it altogether from the game, in version 10.23, but not before replacing it with Shurelya’s Battlesong.

This item was good on squishy AP supports, and it shone when used by enchantresses. Its boost to shields and heals scaled well with other similar items, and you also had a nice activity that would increase the movement speed of the whole team.

In this Shurelya’s Reverie guide, we will explain everything about this item, analyzing its stats and uniques.

Shurelya’s Reverie was an item for casters that helps their healing and shielding abilities. It also makes them much tankier while providing an escape mechanism for the team.

This particular magic object was classified as legendary. It didn’t have any restrictions, so you could equip it on any champion you see fit. Shurelya’s Reverie had some similarities with Ardent Censer, Redemption, and Mikael’s Crucible.

The item gave champions 100% mana and health regeneration, which wasn’t a major buff. However, it was much more popular for its 10% cooldown reduction and 300 health. If you equip it on an enchanter, you would get extra 10% healing and shielding power.

Shurelya’s Reverie active unique was really interesting. It provided the champion and surrounding allies a 40% movement speed buff that lasted 3 seconds. This ability had a 90-second cooldown, meaning you could use it only once in a teamfight. While the buff is definitely nice, it is too short, with a long cooldown.

You could use it to escape a bad engagement or pursue enemies who are on the back foot, but it generally felt a bit underwhelming compared to some other passives in the game. It is also worth mentioning that the active component worked on champions, minions, and pets. 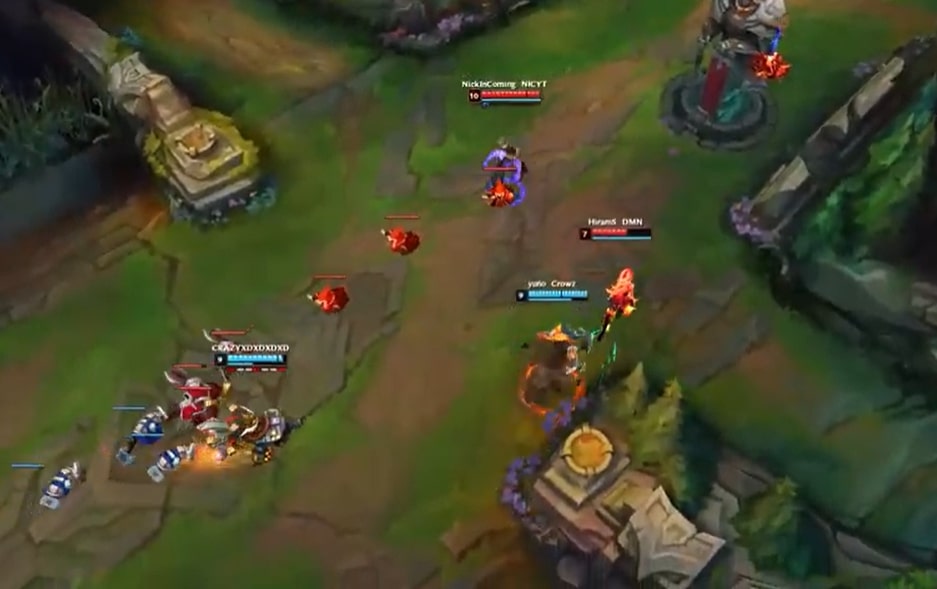 At times, it felt as if the developers didn’t know what to do with the item. It went through numerous iterations, but a few things always remained the same. To be precise, this magic object was meant to provide increased health and mana regeneration, reduced cooldowns, and increased movement speed.

As such, it could be used by tanky initiators, who need to get into a position prior to an engagement. The reduced cooldown and increased health were always nice regardless of champion or situation. Shurelya’s Reverie was introduced in version 1.0.0.101 (September 21st, 2010), making it one of the oldest items in the game. It is the same patch that saw the introduction of Sona, which brings back some great memories.

In the following few patches, Shurelya’s Reverie got a small buff to its regenerations, movement speed active, while also having a steeper recipe cost. A bigger change was introduced in the 1.0.0.122 patch when the item started giving the wearer an assist whenever your team uses the movement speed active to score a kill.

The creators once again made a few balance changes in version 1.0.0.152, providing an increased cooldown reduction while lowering mana regeneration, health regeneration, and bonus health. For a while, no one made any changes to the item until version 3.02, when the cooldown reduction was no longer classified as a unique passive. Ultimately, the item was removed from the game in the 3.14 patch and replaced by Talisman of Ascension.

Shurelya’s Reverie had to wait for a long time to be reintroduced to League of Legends. It was once again available in version 8.6, five years after its first removal in the 3.14 patch. The developers gave it a brand-new icon and made it exclusive for Summoner’s Rift and Howling Abyss.

Among many new things, they changed the recipe. Shurelya’s Reverie was now made by combining Aether Wisp, Kindlegem, and a 450-gold recipe. Its total cost was 2,100 gold.

The new and improved item gave champions 200 health, 40 ability power, and two unique passives with 8% movement speed and 10% cooldown reduction. So, although champions no longer had access to regeneration, and the health was lowered, they gained a massive amount of ability power and passive movement speed increase. What’s even better, Shurelya’s Reverie retained its old unique active that provided a short burst of movement speed to all allies.

Unfortunately, it turned out that this movement speed was too much. While it provided a nice buff to supports, it was especially annoying on AP initiators. In fact, it was very potent on any AP damage dealer. So, Riot decided to reduce the bonus from 8% to 5% in patch 8.11.

On top of that, they simply killed the active ability by increasing the cooldown from 60 to 90 seconds. Furthermore, the total item cost was increased by 150 gold. The only saving grace was 100% base mana regeneration buff.

Shurelya’s Reverie experienced another major change in version 9.23. First, Riot changed its recipe once again. Now, it was made by combining Crystalline Bracer, Forbidden Idol, and a 600-gold recipe for a total of 2,050 gold.

Riot wanted to change the item’s offensive potential and turn it into support/defensive pickup. First, they increased the health gain from 200 to 300 and gave the item 100% base health regeneration. Then, they added 10% shielding and healing power, which made it much more support-focused and less mage-oriented.

In this version, the item lost its ability power and movement speed components, but its active was increased from 700 to 1,000.

Ultimately Shurelya’s Reverie was removed from the game in version 10.23, and it was replaced by Shurelya’s Battlesong.

They are also different in terms of uniques. Shurelya’s Reverie’s active was slightly reworked. Instead of a 40% movement speed buff that lasted 3 seconds, the new item gives 30% movement speed for 4 seconds. The cooldown was also reduced, going from 90 seconds to 75.

Its unique passive has also changed. Back in the day, Shurelya’s Reverie increased healing and shielding by 10%. Shurelya’s Battlesong’s unique passive, called Motivate, provides the wearer and an ally a 25% movement speed buff that lasts 1.5 seconds whenever the wearer casts buff, shield, or heal or that ally.

There is a 4-second cooldown on the ability. This passive further emphasizes movement speed bonuses, and it can be really useful for escaping close-death situations or engaging opponents. Lastly, it is worth noting that Shurelya’s Battlesong provides 5 ability haste with every legendary item in the inventory. Together with base ability haste, this could provide a serious buff to any caster. 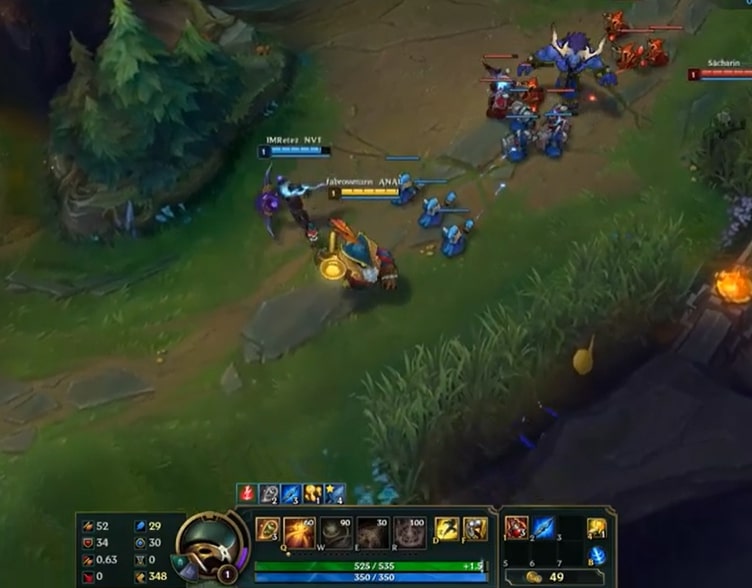 Given that this is such an old item, it makes sense that it would have interesting lore and background. Here are some small tidbits that you might want to know:

Question: Why was the passive movement speed removed from Shurelya’s Reverie?

Answer: Simply put, the passive movement speed was too strong, and it made some champions overpowered. As a result, the stat didn’t last too long. It was nerfed a few times, and eventually, the developers decided to remove it altogether. It was replaced by an active component that worked for the whole team.

Question: Who were the best Shurelya’s Reverie users?

Answer: Among others, the item was really potent on Lulu, Morgana, Taric, Karma, Nautilus, and Janna. Basically, anyone who relies on AP and shorter cooldowns could benefit from Shurelya’s Reverie.

Answer: It isn’t fair to say that Shurelya’s Reverie was removed; it was more of a rework. The item was continuously changed to make it more balanced and viable. It didn’t necessarily have to be removed, or altered, but the developers decided to do so nevertheless.

For a long time, this item was great for buffing the movement speed of your allies. Although it was removed not once but twice, it still had a major impact on the game. Besides the movement speed, it also gave champions nice regeneration, extra health, and cooldown reduction. Of course, the boost to shields and heals was also a nice addition.

Eventually, the developers decided to remove Shurelya’s Reverie and put Shurelya’s Battlesong in the game. The new version is also very nice, and like its predecessor, it is meant to provide a significant movement speed boost to the team.