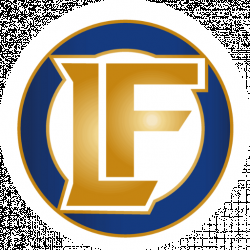 Hextech chests are a way for free-to-play summoners to have a chance at getting the skin they want without paying money for it. It’s equally possible to get amazing skins or very mediocre ones, so hold your expectations, and don’t gamble away! I didn’t and ended up having 3 too many Zoe skins and enough Legacy skins for a museum-worthy of Ezreal’s praise.

So What Even is Hextech Crafting?

Hextech crafting is a system Riot Games implemented for Free 2 Play players to have still a chance at getting skins in the game without needing to pay for them. It works on the classic loot box system in which you can get champion shards, skins, wards, icons, or emotes.

Or perhaps if luck is really on your side, you can even score very rare mythic or ultimate skins which really change your character model and animations.

How Does it Work?

I remember being so hyped when the Hextech system was implemented. The system is quite simple. You recharge 1 chest every week up to a maximum of 4. You can claim one chest when you get an S-, S, or S+ rating after a game once per champion. That means you are somewhat limited if you refuse to play other champions besides your favorite 3 or 4.

However, this might be a great learning experience where you can try out some new champions and maybe find one you didn’t know you’d like to add to your main roster. Additionally, to open the said chest you need a key.

You can get key fragments for being a good sport, getting honored by your teammates, and reaching certain honor milestones which give you capsules that include key fragments. Combine 3 of those key fragments and you got yourself a key ready to reveal the potentially amazing skins in a chest.

Because I’ve never spent a dime in League of Legends before. Everybody got a free chest to start with, and I was sure I’d get an amazing skin to boast around with. I came from school, opened my League client, and there it was: one regular Hextech chest. I slowly breathe as I open it, the animation revealing… Ionian Master Yi.
Yeah, that is one of the few downsides of the loot box system.

You never know what you might get. Interestingly, the drop rates for different rarities outside mythic skins are equal. That means you have an equal chance to get either Infernal Rammus or Elementalist Lux if you roll the 50% chance of a skin shard. Outside of that, you have a:

I Mentioned Essences a lot, so let’s go Over Those as Well

What is Blue Essence?

Well, it’s the primary currency you use to buy champions or craft them through champion shards. It is earned from disenchanting champion shards or through different missions.

What is Orange Essence?

What is Mythic Essence?

Mythic essence is the newest currency added to the game. You can potentially get it from opening chests. It comes in bundles of 10 and it is used to craft exclusive Mythic tier skins like the newest Ashen Knight Pyke. Keep in mind that Mythic skins are on a rotation in the “Mythic Essence Shop” so make sure you get your favorite skin as soon as possible, or you might be left waiting another year or so for it to come back at an increased price as well.

What if you open a loot box and you get a skin you did not want, or that you will not use? Then it happens again. Then again. Well in that case you can use the reroll system. Riot implemented it so you are guaranteed a skin you do not already own at the cost of 3 other skin shards.

Mind you, the rarity of the skins you reroll does not matter. So you might exchange 3 legacy 520 RP-priced skins for the newest Ashen Knight skin. Or you could just as well trade 3 legendary skin shards for Shamrock Malphite. Rock-solid result if I may say so myself.

What Other Things are Included in Hextech Crafting?

For starters, there are the battle pass events. These events come around once every 2 or 3 patches, usually accompanied by a bunch of cool skins Riot just introduced. These events introduce a temporary currency called “Tokens” that differ from event to event.

You can get these tokens by doing the free missions or by purchasing the paid battle pass and receiving a much higher quantity of tokens through extended quest lines, token rewards after every game, and weekly missions rewarding a huge amount of tokens.

What can you do with tokens? Well it depends from event to event, but most of the stuff stays the same:

Other than battle pass currencies, we can also buy Masterwork Chests. These are better than regular Hextech chests but worse than event orbs. They cannot drop champion shards, but can still drop ward skins or icons. They also require a key to be opened.

Mythic tier skins are the “exclusive” skins League of Legends has to show player dedication throughout an event or during more than one event for certain harder-to-get skins. They are either standalone skins (Ashen Knight Pyke for now), or part of an already existing thematic (Prestige Pulsefire Thresh, Prestige PROJECT: Irelia, Prestige Spirit Blossom Teemo), or part of the, now retired, Hextech skin line.

You can get these skins by either getting them with event tokens when available, purchasing them with Mythic essence when you find them in the Mythic Essence Shop rotation, or by getting a lucky drop in a Hextech chest or loot orb. Keep in mind, however, that not all Mythic skins can be dropped from a loot orb or Hextech chest.

“When new Prestige and Mythic skins debut, they’ll be unavailable in loot pools, including rerolls, until their debut period ends (ex. when Ashen Knight Pyke leaves the Mythic Shop, or when a new Event Prestige skin’s tokens expire). After that, they’ll be eligible for loot drops and rerolls, but won’t grant the border or summoner icon they initially launched with.”- KenAdamsNSA, product lead on event, store and loot stuff

Fun little fact. The drop rate for a Mythic skin is 0.04%. The Mythic skin pool consisted of 68 droppable skins at the time. The chances of me getting a duplicate Prestige Blood Moon Aatrox out of all those skins is 1.47% IF I get that lucky 0.04% roll.

That means the chances of me getting a duplicate skin was 0.00058%, or 1 in 2084 chances. Just something you should make a mental note of, in case you get a duplicate Mythic and you intended to go to the casino that day. You might have wasted a jackpot for a bundle of champagne pink pixels.

Question: What are hextech chests?

Answer: Hextech chests are a way to get free skins in League of Legends by getting good scores in games. They are, however, limited by a weekly timer.

Question: Can I get ultimate skins from hextech chests?

Answer: Yes! Most skins are included in the loot pool for hextech chests, excluding some mythic skins and event-limited skins.

Question: How many hextech chests can I get?

Answer: You can get 1 chest every week by getting an S- or greater grade after a match.

Question: Can I get more than 1 hextech chest per champion?

Answer: No, only 1 hextech chest can be earned for each champion. However, the limitation is reset every new season.

A Small Piece of Advice From a Seasoned Reroller

I don’t know if it’s the universal will at work or if I’m simply hated by RNJesus, but every time I reroll high-tier skins, I get a shitty skin in return. So as a rule of thumb, try to reroll cheap skins and if you don’t want to use them, disenchant higher tier skins for orange essence.

That way, you get the most orange essence for your buck and get rid of ugly skins with a chance for something equally bad or much greater in return.