Divine Sunderer is an extremely potent mythic item that can be utilized as a backbone for various hybrid builds. The item provides a nice boost to your physical and magic output while also increasing your defensive capabilities. Divine Sunderer is best when used on melee champions who need to get close to enemies to be effective.

Like all mythics, this magical object gives you not one but two passive uniques. The first one is the stackable mythic passive that becomes stronger with every legendary item. The second one is called Spellblade, which increases your overall damage while simultaneously healing the champion.

Divine Sunderer’s potency increases with the opponent’s health pool. The tankier the enemy, the more damage you can dish with the Spellblade effect. Not only that but the item’s mythic passive can also rend enemies’ magic and physical protection.

In this Divine Sunderer guide, I will take a look at the item, ideal wearers, and how to optimally use it. 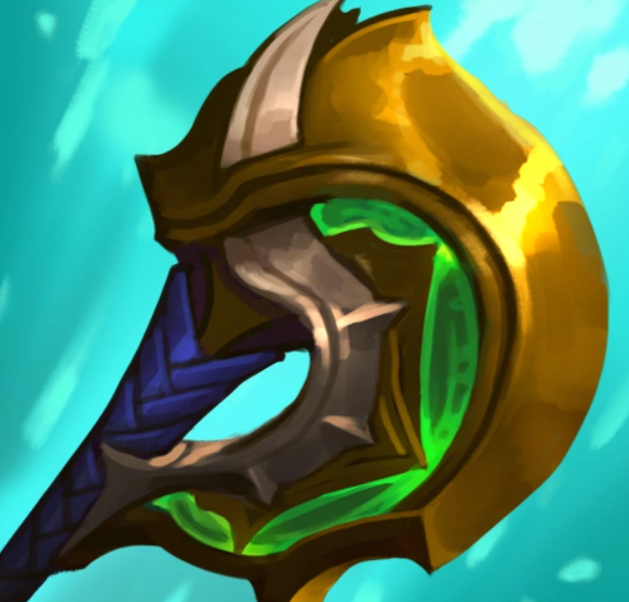 Like all mythic items, Divine Sunderer is the centerpiece of a build. It provides a combination of health, ability haste, and damage, combined with armor and magic penetration.

What is Divine Sunderer?

Divine Sunderer has the same traits as other mythic items. In other words, if you get this mythic, you cannot get any other magical object from this category. The item scales nicely into the late game due to its mythic passive that penetrates 5% of physical and magic defense for every legendary item in your inventory.

Divine Sunderer gives you a little bit of everything. You will get 40 attack damage, 20 ability haste, and 300 health. This makes it ideal for hybrid characters who benefit from having faster abilities. The health component also makes you a bit tankier, which is especially important for melee characters.

Besides its mythic unique, the item also has a version of Spellblade. Now, keep in mind that Spellblade is an effect that you can find on other items as well, but the one of Divine Sunderer is the best variation of the effect.

This particular effect will activate whenever you use an ability. It would make your next basic attack stronger by adding damage and healing effect. However, you need to perform the auto-attack in the next 10 seconds, or it will expire. 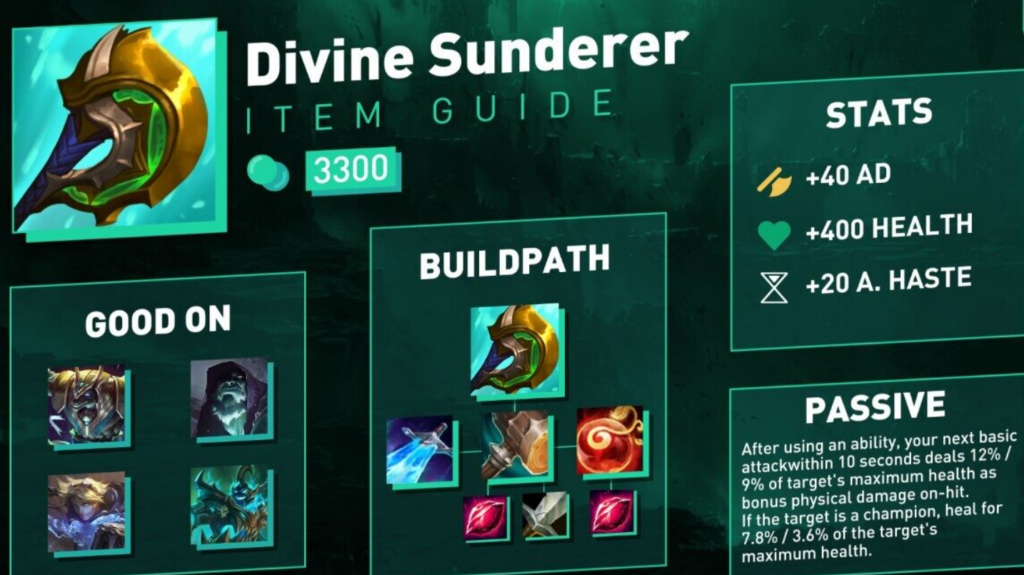 Spellblade will add 12% of the target’s maximum health to the attack if the enemy is melee and 9% target’s maximum health if the enemy is ranged. The bonus damage is physical, and Spellblade is considered an on-hit effect. If your target is an enemy champion, you will deal at least 150% base AD. If the target is a monster, you will deal a minimum of 250% base attack damage.

Divine Sunderer’s Spellblade also heals the user. When you hit a champion, you will heal proportionate to 7.8% of the enemy’s max health (3.6% when targeting ranged champions). The minimal heal is 97.5% of base AD when striking melee champions and 60% base AD when hitting ranged.

Spellblade has a 1.5-second cooldown, which activates after performing the strike. This prevents you from exploiting the ability with champions who have short ability cooldowns. Despite this, Divine Sunderer can still dish a lot of damage. 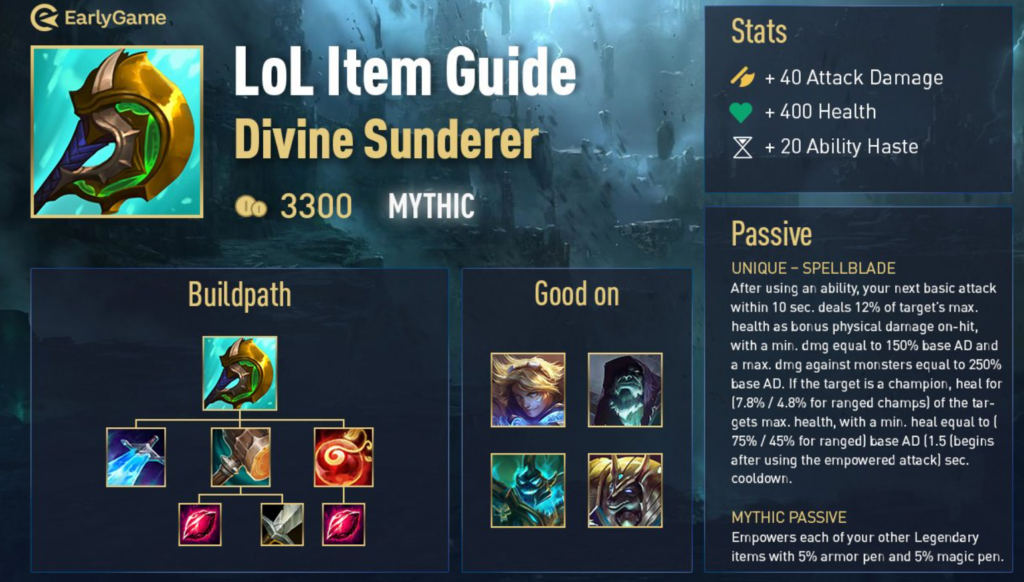 Divine Sunderer was added during the massive 10.23 patch. In its first version, the item cost 3,300 gold, and you would make it by purchasing Sheen, Phage, Kindlegem, and a recipe. It gave the wearer 400 health, 20 ability haste, and 40 physical damage.

It also provided Spellblade, but with a bit different effect. The on-hit buff lasted for 10 seconds, and it would deal 10% of the opponent’s max health (on top of your regular base damage). Similar to the current version, you would deal a minimum of 150% AD (against champions) or 250% AD (against monsters).

Since its introduction, the item had a passive that provided 5% magic and 5% armor penetration. If you played with Ornn, you could use Divine Sunderer to craft Deicide, an item that gave you 550 health, 25 ability haste, and 55 attack damage.

In the next patch, developers addressed a major issue with Divine Sunderer. Its Spellblade effect would damage turrets based on their max health, which players quickly started exploiting. So, Riot removed this feature in the 10.24 version.

In the 11.11 version, the developers decided to adjust Spellblade numbers. Instead of dishing 10% max heath damage, the buff would deal damage equal to 12% of the target’s maximum health. The healing effect was also improved, providing restoration according to 7.8% of the target’s max health (4.8% for ranged). Furthermore, it would now provide a minimum heal equal to 97.5% base AD (60% for ranged champions).

In the next few patches, the item experienced minor tweaks and bug fixes.

The next major change, and generally speaking the last change to an item, occurred in version 12.3. Instead of using Phage for the recipe, Divine Sunderer now required Caulfield’s Warhammer. The total cost remained the same.

The Most Common Divine Sunderer Users 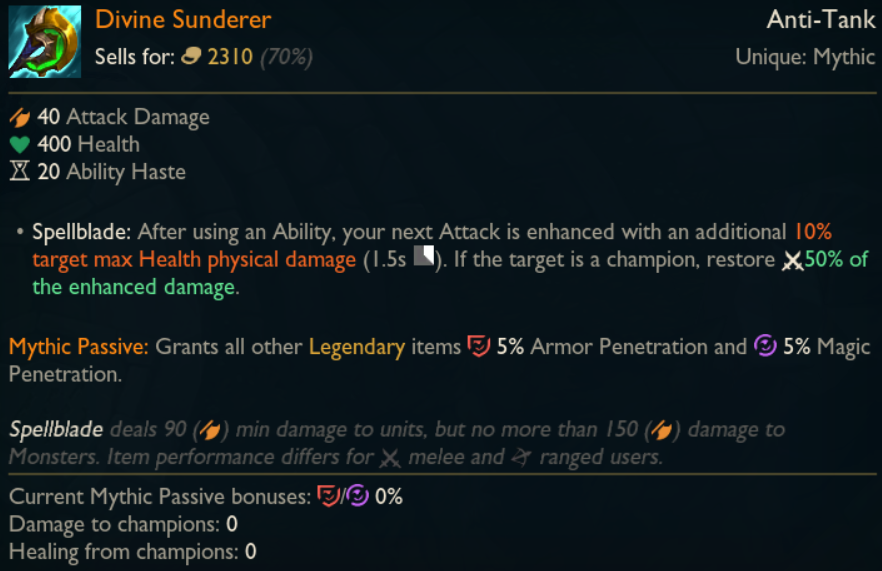 Given the nature of the item and its very potent passive, you can use Divine Sunderer on numerous hybrids. It is really nice for characters who dish both magical and physical damage. However, it is ideal for champions who mainly focus on AD.

Melee champions with strong self-healing, regeneration, and lifesteal benefit the most. Aatrox is the best example of this. When combined with the champion’s Deathbringer Stance passive, Divine Sunderer can provide a really nice sustain. A similar thing can be said for Yorick and his Last Rites.

Divine Sunder can fit well on almost any champion that goes to the top lane. Even the stats indicate that the item is for hybrids: health will provide some defense, you will increase offense with attack damage bonus, while ability haste will increase the usefulness of your spells by allowing you to cast them more frequently.

The item is popular on Katarina, Nasus, Trundle, Irelia, Jarvan IV, etc. Ideally, your champion should have at least one ability with a short cooldown allowing reuse of Spellblade every 1.5 seconds (as soon as the effect comes off cooldown).

Divine Sunder will provide a major boost to your damage. Furthermore, the item scales well into the late game as it dishes damage based on opponents’ health, but also because it has armor and magic resistance penetration. Like any mithic, Divine Sunderer should be the focal point of your build, and you should buy other items, so they revolve around it.

A lot of players pair up Divine Sunderer with Guardian Angel. The item’s Rebirth feature is always annoying. At the same time, Divine Sunderer’s high damage output means that the opponents cannot ignore you in teamfights.

People also like to buy Death’s Dance with Divine Sunderer. This is another item that gives you defensive prowess while increasing your offensive capacity. Both of them work under a similar principle forcing a player to be aggressive and rely on offensive heals for sustain.

According to data, the item is bought by top lane champions in 41.7% of cases. However, it can also work for carries and junglers. ADCs make for 20% of all Divine Sunderer purchases, while junglers make for 28.2% of pickups.

The Most Popular Builds with Divine Sunderer 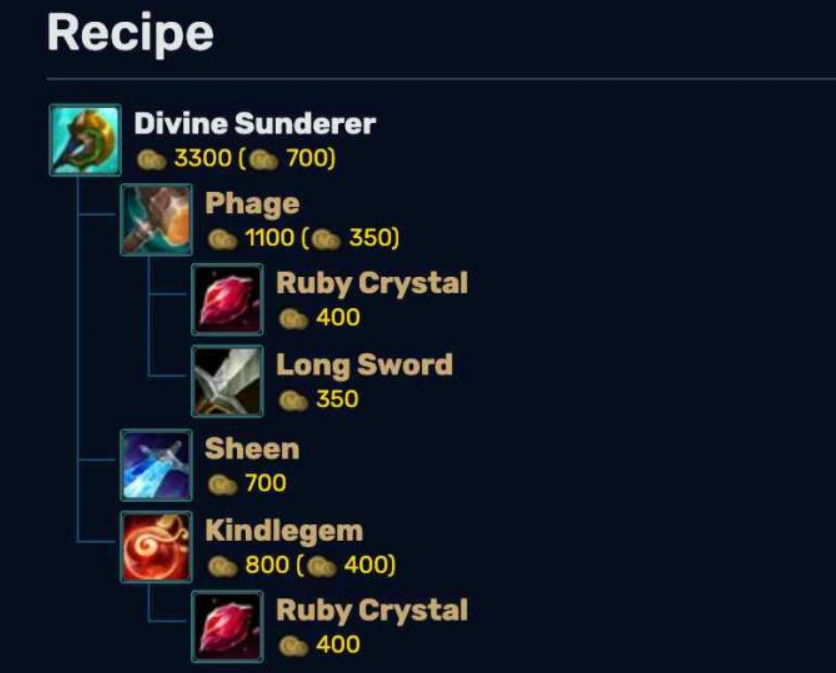 Although very versatile by nature, Divine Sunderer cannot be found in many builds. It is commonly paired with Death’s Dance and Black Cleaver. Then again, it depends on the champion who is using it. Here are a few popular builds that include this item:

If you check the builds more thoroughly, you will notice that Illaoi, Lee Sin, and Jarvan IV have exactly the same items. While Divine Sunderer is very flexible and gives players different stats, there is an optimal way of building around it.

As mentioned, Death’s Dance is one of the most popular items you can pair with Divine Sunderer. These two go really well together.

Black Cleaver is a good choice if you’re going for an armor-reducing strategy. This item reduces the enemy’s armor by 5% each time you deal physical damage to them. It can stack up to 6 times for a total of 30% armor reduction. Black Cleaver has the same type of base stats as Divine Sunderer, providing champion 45 attack damage, 350 health, and 30 ability haste. 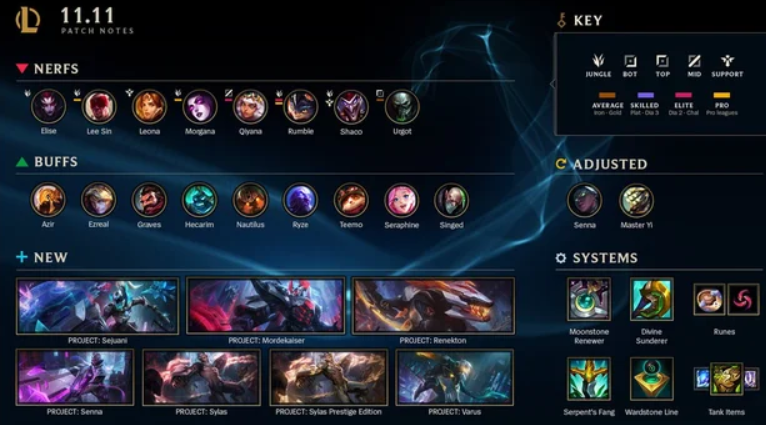 Due to its specific features, there are lots of interesting trivia surrounding Divine Sunderer. Here are some of them:

All in all, Divine Sunderer is a very interesting item. You can do all sorts of fun things with it due to its magic resistance/armor penetration feature. The mythic is very well balanced, and it gives you a bit of everything. And while you can use it on numerous champions, it works the best on melee physical fighters.

Divine Sunderer is a great source of sustain, giving you nice perks late into the game. Due to the fact that its damage is directly correlated with the enemy’s health, it will work best against tanky opponents.

Question: What is Divine Sunderer

Answer: Divine Sunderer is an interesting item in League of Legends. It provides user damage, health, ability haste, and two nice passives. Like all mythics, Divine Sunderer will give you a bonus with every legendary in your inventory, allowing you to penetrate the enemy’s physical and magical defense.

Answer: Divine Sunder is excellent on certain champions. It is especially amazing if enemies have several tanks in their lineup. Like any other item, its viability will vary based on who is using it.

Question: How does Spellblade work?

Answer: Spellblade is an effect that activates after using an ability. The buff lasts 10 seconds and has a 1.5-second cooldown, which is activated upon use. Spellblade will increase your damage for one basic attack and will provide moderate healing.