Muramana is a legendary item that is ideal for mana and ability-reliant carries. The item has a cool, unique called Awe that increases your damage based on mana. So basically, mana items in your inventory will work as if they’re damage items.

A great thing about Muramana is that its concept is somewhat unique, not only for League of Legends but RPGs and MOBAs as well. Most games utilize mana as nothing more than a battery that would allow you to cast spells. Muramana turns this concept onto its head, providing a visible offensive benefit to ADCs with every mana item purchase.

In this Muramana guide, I will review the item, its stats, and its abilities. I will also share a few tips that will allow you to maximize its potential. 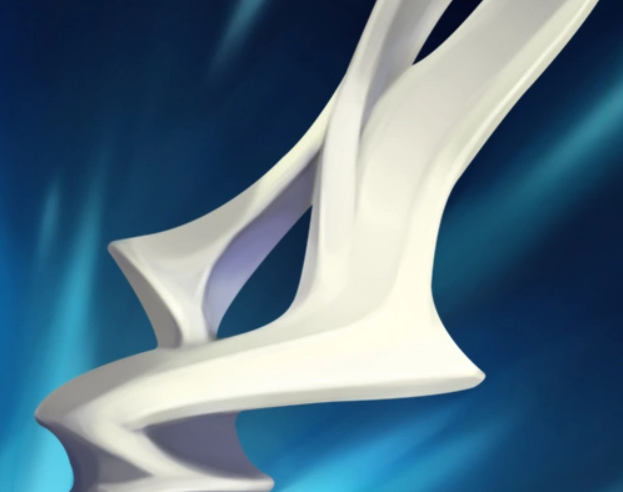 Muramana is a carry item that gets better the more mana you have. It is especially devastating on a few heroes who have a naturally high mana pool or require short cooldowns to be effective.

Muramana is classified as a legendary mana charge item. You are limited to one such object in your inventory. It costs 2,900 gold, and you can sell it for 2,030. Muramana has some similarities with Seraph’s Embrace and Fimbulwinter.

The only way to create this item is to upgrade it from Manamune through its Mana Charge unique. This passive works by providing a charge every 8 seconds, for a total of 4 charges after 32 seconds. Each time you hit an enemy, you will consume one of these charges.

When you hit a champion, you will gain 6 bonus mana. Hitting any other target will give you 3 bonus mana. By accumulating 360 mana, Manamune will automatically turn into Muramana.

In the worst-case scenario, you will get Muramana after 120 basic attacks (120 hits for 3 mana each). In other words, you would need 120 charges. By doing a further calculation, you can accumulate these charges after 960 seconds, or 16 minutes, of playing time.

As mentioned, Manamune/Muramana costs 2,900 gold. It is made by combining Long Sword for 350 gold, Caulfield’s Warhammer for 1,100 gold (two Long Sword for 350 gold each, and 400 gold recipe), Tear of Goddess for 400 gold, and Manamune recipe for 1050 gold. Manamune base stats are 95.26% gold efficient. In practice, the item is much better than that, and its upgrade is very potent.

When you finally get Muramana, you receive 35 attack damage, 15 ability haste, and 860 mana. The item has two passive abilities called Awe and Shock. Awe gives you bonus attack damage based on 2.5% of your maximum mana. In other words, you will get 21 extra damage through Muramana’s 860 mana base stat. 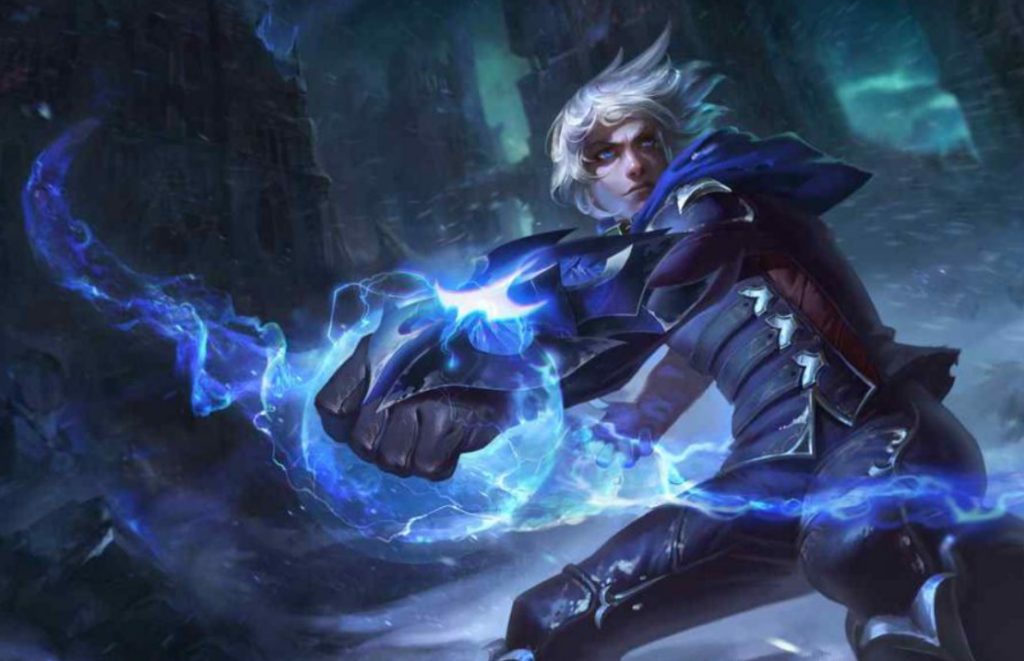 Shock is a passive that gives you two separate effects. It applies an on-hit effect, dealing 1.5% of your maximum mana as extra physical damage. This part is very similar to what Awe provides. However, the second part of the passive is even better.

With Shock, you will deal extra 3.5% maximum mana (2.7% maximum mana for ranged champions) +6% AD bonus physical damage. The effect works once every 6.5 seconds on the same target. But, if you alternate targets, you can continuously deal extra Shock damage to enemies.

The great thing about Muramana is that your mana-heavy items will never go to waste. These magical objects often feel empty as the late game approaches, as you will always have enough mana to cast everything you need during teamfights. But, with Muramana, you can finally get something out of them.

Shock damage is classified as proc damage. In other words, it will work like all passives from this category. It won’t trigger spell effects, nor can it be blocked with shields. Furthermore, Shock benefits from lifesteal items and abilities.

If we consider passive bonus damage from both Shock and Awe, your champion will get 56.5 extra attack damage from every strike (as long as Shock is off cooldown) from Muramana alone. When using empowered basic attacks that can cause spell effects, you will utilize Shock as both an ability and an attack.

Muramana is one of the longest-existing items in League of Legends. It was introduced way back in version 1.0.0.152, and despite being so old, its concept hasn’t changed a lot over time.

The first version of Muramana was also built from Manamune by collecting charges up to 750 mana. Once you acquire the item, it would provide 1,000 mana, 7 mana regen every 5 seconds, 20 attack damage, and a unique passive Awe, which gave the user 2% attack damage based on maximum mana.

What’s interesting about Muramana’s first version is that you could toggle it to dish twice the damage with base attacks and single-target abilities. Each time you would do that, you would use 3% of the current mana pool.

Muramana hasn’t suffered many changes over time. It received a major overhaul in version 10.23, but before that, most of the changes were minor. During this span, it is worth mentioning the 3.5 update when the toggle damage was changed from magical to physical.

As mentioned, the 10.23 patch was major for the item. It previously gave users 35 attack damage and 1,000 mana, but now it provided 35 attack damage, 15 ability haste, and 850 mana. Manamuna’s icon was changed, and the item could now be used on the Howling Abyss map.

After this patch, the item would no longer provide 15% mana restoration. The toggle effect was completely removed, and the developers added a new unique passive called Shock. The first version of Shock would cause 4% of max mana as bonus physical damage with all auto-attacks and damaging abilities. 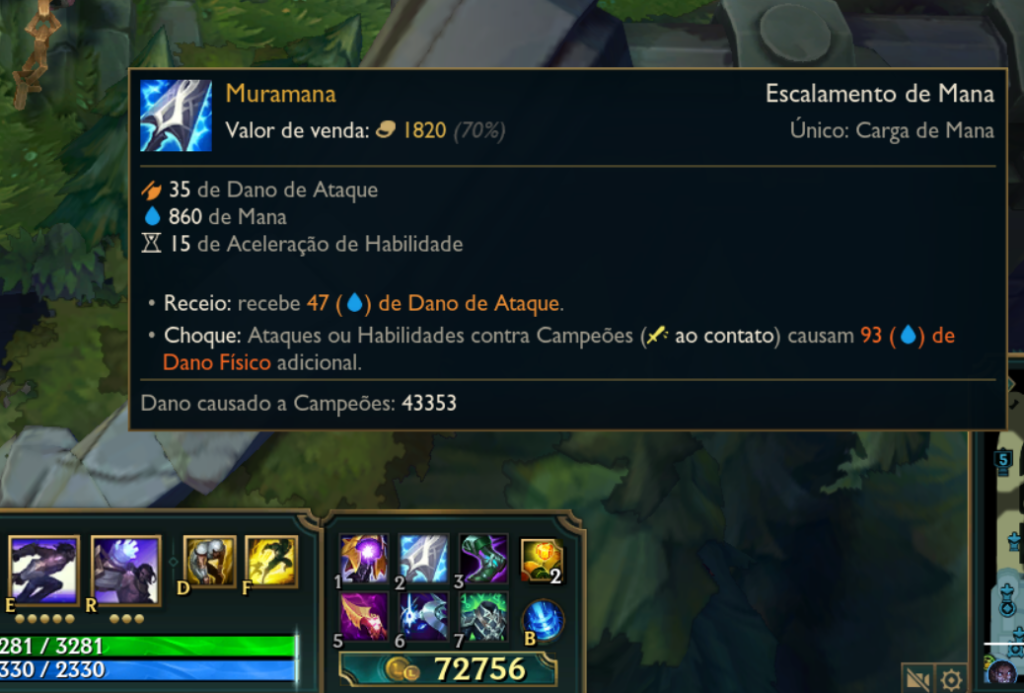 Version 10.24 introduced a major change that somehow flew under the radar. This was an undocumented alteration affecting how Muramana interacts with certain abilities. The ability would now trigger on hit, thus causing spells such as Urgot’s Purge to trigger more than once per cast.

The following 10.25 patch brought another major change. From this point onward, Shock would only trigger from basic attacks and abilities that cause physical damage. In other words, it was now more geared towards ADCs and other physical damage characters.

In version 11.1, the developers once again changed the numbers behind Shock and Awe. First, they increased Awe’s damage from 2% maximum mana to 2.5% mana and Shock from 4% to 2% maximum mana. They reverted the previous change from the 10.25 patch, making Shock trigger from all damaging abilities, not only physical ones.

In patch 11.5, the item received its final form, which it still has up to this day.

The Most Common Muramana Users

Given that Manamune base stats are 95.26% gold efficient, it makes sense that its upgraded version would be much better. Muramana has a whopping 131.15% efficiency, making it one of the better purchases in the game. The only issue with the item is that you need some time to upgrade it.

The item is commonly built by top lane characters and carries. However, due to its flexibility, you can try it out on almost anyone. You are most likely to see it on Fiora, Senna, Qiyana, Kayn, Miss Fortune, and Talon. Out of all these heroes, Fiona has the highest win rate when she builds Muramana with 58.9%. Qiyana is the second with a 57.9% win rate when purchasing Muramana, and Senna has a 56.9% win rate. 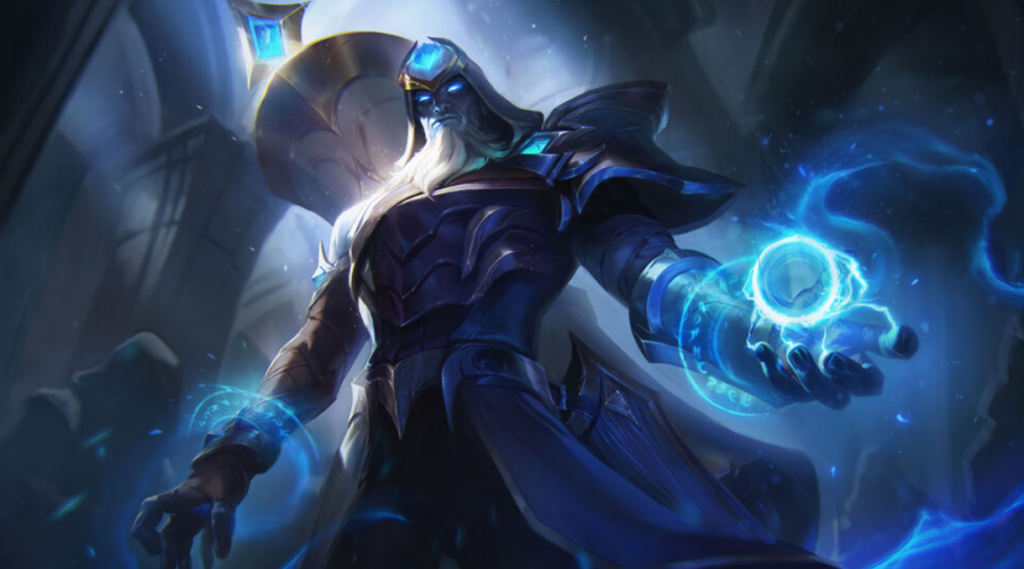 Muramana is a very interesting item. It is rarely a core item on champions, but instead, you would build it as an optimal or situational item. Still, if used the right way, it can be extremely powerful. As an object that has been in the game forever, there is a lot of interesting trivia about it. Here are some of them:

Question: How much damage does Muramana do?

Answer: Just by itself, you will get 45 damage from Muramana. However, keep in mind that it also benefits from your base mana, as well as mana from other items, so these bonuses will be much higher.

Question: How much does Muramana cost?

Question: Is Muramana a good item?

Answer: Muramana can be a very good item if you build it on the right champion and if you have other mana-heavy items. Its viability can vary from game to game, which is why it is often perceived as a great optional item but not necessarily an amazing core purchase.

For me, Muramana is one of the cooler items in the game. It isn’t viable on every champion, but on a few of them, it can feel extremely strong.

In order for this purchase to make sense, you need to play a mana-reliant character. Although all your mana will eventually be turned into damage, you still want to utilize it for casting spells. Getting mana heavy items just so you could increase Shock and Awe damage will reduce the value of the item.

Ideally, you should get Manamune/Muramana as the first item. Otherwise, you won’t be able to upgrade it, and it won’t be worth your time. This can be an issue for some champions who want to prioritize other purchases.